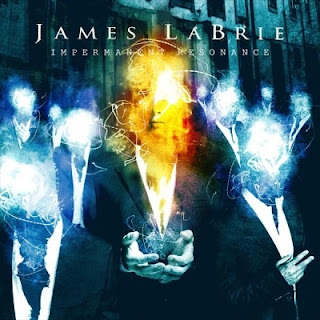 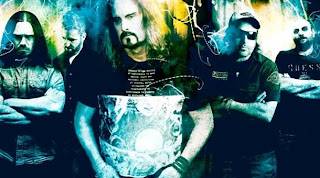 Can someone explain to me the shift that occurred at some point within the last four or five years or so where James LaBrie suddenly jumped into the world of more aggressive metal? He's obviously most well known for being the vocalist in Dream Theater, but his last full-length, as a solo artist, Static Impulse, sounded like a modern melo-death album. With the success of that album he's kept himself within the same territory for this new album as well, what happened?
When I first pressed play on this album and Agony opened up I seriously questioned if the file I had gotten wasn't from another album. It didn't bear any resemblance to what I imagined a James LaBrie album to sound like, it was aggressive, with harsher vocals, and some very electronica-esque synth lines flowing throughout the verses. It wasn't until the chorus that LaBrie really even made himself known. On following listens it is apparent that he does whisper a couple lines during the verses, but it's hardly enough to make you think, "Oh yeah, that's James LaBrie of Dream Theater." I mean, I remember thinking that it was strange that 2010's Static Impulse felt closer to melodic death metal and modern thrash metal than anything else LaBrie has participated on before. It was more direct and aggressive than even some of his most metal work in Dream Theater. This album ups that aggression while actually making the songs even more chorus driven than on the previous album. It has a very pop-esque immediacy to it that wasn't present on any of his solo records.
One could present an argument that this is one of the most "pure" or "seamless" fusions between melodic death metal and pop rock from any band. There are plenty of groups who attempt to fuse the intensity and harsh nature of melodic death metal with extremely poppy choruses in an attempt to cross over to a mainstream audience, In Flames was trying to it before all but abandoning any trace of their death metal sound while a band like Sonic Syndicate pretty much decided to pursue more of a heavy pop rock sound. I don't want it to sound like I'm blowing smoke up his ass, but this album manages to fuse the two together in a better and more convincing manner than either of those groups ever have. Yes, there are songs that focus more directly on melody and feel more fitting to the sound LaBrie typically works in, Back On The Ground or I Got You, while songs like the aforementioned Agony and closer I Will Not Break, or, to a lesser extent, Letting Go feel more closely linked with drummer/screamer Peter Wildoer's work in Darkane. Granted, the album as a whole does lean closer to the melodic side because, obviously, look who's solo record this is. But the fusion is a lot better than a lot of other bands coming at it from a background in melo-death.
Overall I really dug this record, it was catchy and immediate while still having a nice bite to it on several tracks. Obviously there will be a stigma because of who this is, but if you're interested in some pop-metal songs I'd recommend this over a bunch of other records attempting this sound. I'd say if you're a fan of more melodic metal, but with some more aggressive tendencies, to give this a chance, as well as if you're a fan of the opposite side of the spectrum of that.
Overall Score: 8
Highlights: Undertow, Slight of Hand, Holding On
Posted by maskofgojira at 11:22 AM