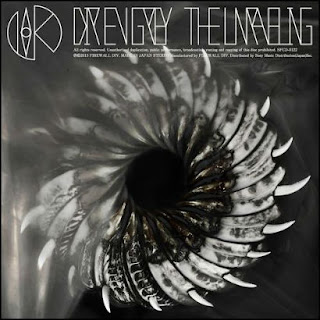 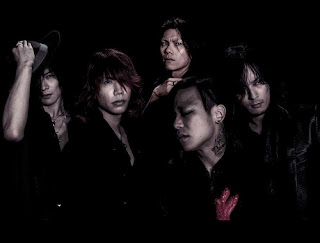 I really dig Dir En Grey. I think that Japanese music in general is interesting because of how they manage to combine different styles and make it not only unique sounding but also so popular (at least in their own country). But Dir En Grey has always stood apart from the rest due to their sense for exploration and their very modern and forward thinking albums.
What I love about Dir En Grey is that while their early albums were just enough J-rock/Visual Kei mixed with experimentation in metal and alternative music to keep me interested, since 2005's Withering to Death, they've become a far more intriguing metal band. For me, the band peaked sonically on 2008's Uroboros, bringing together one of the most well made progressive metal albums of the last decade in my opinion. While I certainly dug 2011's Dum Spiro Spero enough and return to it often enough, it is not as well made an album and certainly has traits that do make it feel a bit trendy - namely the deathcore elements. At least on here, the band has taken control of their sound again and retreated to crafting more well intentioned and balanced progressive metal. The opening title-track, and the only new track on here, is a great track that is much more melodic than one might have given the band credit for at this point in their career, with a rather operatic vocal performance from Kyo (one of my personal favorite vocalists working today). After that track we have the band re-interpreting several old classics. Most of the remakes involve the band taking the more melodic and rock oriented sound of the originals and taking them into more brutal territory, listen to tracks like Karma or Unknown.Despair.Lost for instance. That being said, tracks like Kasumi and Bottom of Death Valley definitely retain a more melodic sound from the originals whilst still upping the heaviness in the guitar department. Possibly the only question mark on here is the closer The Final, which is a fan favorite, and retains a lot of the original's sound - but it's the only one that does retain that more poppy tone. It sticks out like a sore thumb. I mean, I still like it, but I know that this might be the track a lot of fans of the band's heavier and more recent work might not get.
I dug this EP a lot, though I am a fan of the band so that might be expected. I know Japanese bands can often be hit or miss for a lot of people just because of the vocalists, but if you can get past that you will find a really talented band. I really hope that a new full-length from the band is in the works for a release soon.
Overall Score: 7.5
Highlights: The Unraveling, Kasumi, The Final
Posted by maskofgojira at 3:46 PM