It's been awhile since I've done one of these split articles. Honestly, I've been busy trying to keep up with everything else I plan on covering and this article has sort of been pushed to the wayside but I promised to cover one of these so I needed to at least do one of these. Aside from that I just haven't come across as many splits that I want to cover this year. But here's a couple for you to check out here. Once again, rated between 1-8. 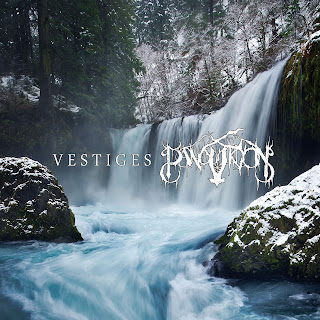 First up is the highly acclaimed split between two of black metal's most promising bands. Vestiges wowed us all with their blend of black metal, post-rock, screamo, and sludge metal back 2010 while Panopticon have been wowing us all for years with various recordings, showing everyone how post-black metal should be done as well as branching out and bringing in new sounds into it as well. But for this recording we have both bands focusing a bit more on those more post-rock and screamo influences, with Vestiges the album starts of slow. The opening track is a very gradual build for about five-and-a-half minutes before the explosion comes in on VII. It honestly isn't a huge departure sonically for the band, with early sections of the song being quite frantic and intense before jumping straight into a post-rock pool of softness and climaxing for it's finish. It's a solid track, I don't believe it's one of the more substantial pieces in their discography, but it's a solid song regardless. Panopticon's material takes a far less distorted approach that what he's been doing recently. Unlike his last few recordings, these three songs feel appropriately raw and live, which enhances the tone these songs are delivered. There's a very punk-edge to these songs, resulting in a much more screamo sounding style being achieved here. Granted, the sound I'm referring to here is more Envy than pageninetynine, what with all the post-rock guitar lines and guitar tone, among other things. So, in the end, while one end is slightly more average than the other, both sides are well worth your attention and time.
Overall Score: 7.5
Highlights: VII, A Letter 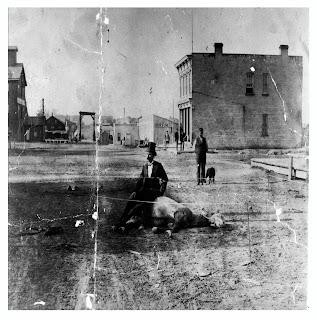 If the title doesn't give it away, this is actually the second split that Planning For Burial and Lonesummer have done together. Much like the first one this is a relatively short affair, with the entire split coming under twenty minute in total. I'll start in the most obvious place which is the two songs that Planning For Burial brings to the table. Unlike some of the other material I've heard recently from him, the two songs on here showcase less of a shoegazy sound and some much more "intense" if you will. Comfort is one of the most metallic pieces I've heard come from the project, it's slow and heavy with screamed vocals opening up from the background of the mix. So as if to counter the aggression of that track, the second song, Bathwater, is much more somber and low-key. Softly picked guitar chords ring out over the sound of background hiss while Thom Wasluck's mournful droll sits atop it all. Imagine if you were listening to Stars of The Lid and an early Mountain Goats record at the same time. That's a simple way of describing this track. Drew Wstn-Bll's Lonesummer continues on the path we've heard it treading down on the last few releases, meaning you have very harsh sounding shoegaze/post-rock/screamo. It's somewhat odd listening back to the early demos the project released and hearing how much it's shifted towards a more melodic - in a sense it was always melodic - sound. The distortion doesn't overwhelm you anymore, it merely punches in the face and then sings you a song. The Mount Eerie cover feels a bit off, maybe just cause the drums are so loud and nearly overpower the guitars, but otherwise it's cool. The entire thing is cool, and that's the best way I could describe. A very nice palate cleanser if you will for hopefully future full-lengths.
Overall Score: 7
Highlights: Bathwater, The Destruction of Words The last of these splits is from two little groups who I wasn't familiar with at all before stumbling upon the split on Bandcamp several weeks ago. I thought the cover was sort of interesting and pretty much went into it blind on my first listen and was actually quite surprised. Starting with Transatlantic Rat's Atom, which was formed from the remains of a stoner/sludge metal group by the name of Ufo Gestapo, we have some very interesting stoner rock. Featuring a huge and fuzzy low-end section and ear-piercing high-end feedback, the band deliver a sound that I would liken to Yakuza playing stoner rock. You have those huge open sections where the vocals just sort of warble over these great chasms of held chords. In addition to that you have all these more effect driven sections where various synth sounds and horns pop up and really add something quite different to the given song. At one point you're hearing saxophones and clarinets and the next it's sci-fi bells and twinkles, listen to Point of No Return. It's simply odd, but it a pretty interesting and cool way. The second half then belongs to Bird Eye, who I happened to see have the Stuart Dahlquist seal of approval on soundcloud as well as being the new group featuring Edgy from Burning Witch. If hearing(...) that clicks for you as it did with me, it will all make sense sonically. This new group of his has the same penchant for bluesy and doomy riffs with some heavy psychedelic traces being scattered throughout both tracks as well as a nice bit of drone, if that's your sort of thing. This is the type of record I think doom metal and stoner rock fans would really get a kick out of because it isn't overly strenuous sounding and is able to shift from being fun to being quite morose.
Overall Score: 7
Highlights: Point of No Return, The Parting of Ways
Posted by maskofgojira at 2:37 AM