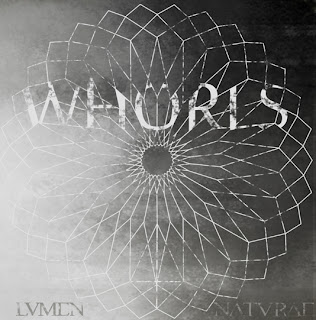 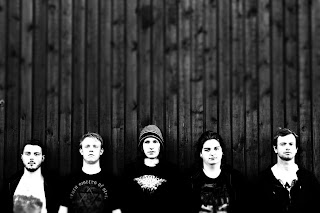 Last year Whorls released a really great demo that I just happened to stumble upon on a couple of good blogs. When I got an email telling me about this EP, I didn't immediately relate that demo to this band and it wasn't til I decided to actually listen to it that I made the correlation. So, as you might imagine, that got me quite excited to listen to this.
The first time I put on this EP I was stuck by the production which was definitely not as abrasive as the demo was. When I first listened to this I was in the car and the sounds of traffic and random city noise were definitely causing interference because all that I could really hear were the drums and vocals. The fact that the guitars were not as hard hitting as the demo sort of upset me because I actually really dug that sound. What we happen to have on here is the band taking their sound into a slightly more atmospheric direction. Two of the three tracks on here have a sort of "post-black metal" kind of vibe coming from the atmosphere that surrounds the instrumentals (more than the actual style the band are playing) and it's sort of weird. These two tracks are more pensive, though definitely aggressive, and aren't as direct or fast as the other material the band have released thus far. The title-track of this particular EP is without a doubt the best thing the band have put their name to though. Its seven minute length is quite daunting considering how long some of the band's other tracks have been, but they pull it off with great dynamics and versatility. The other track - the minute and a half centerpiece, Omnivoid, takes things back to the demo with some chaotic blackened hardcore riffing. It's exactly the sort of sound I expected to hear from the band.
Don't mistake my being surprised by the sound of this album for me not liking it because that is not the case. I think the band are definitely trying to expand their reach within the band on here, trying to expand the territory in which they have chosen to dwell and do it pretty well. It's not for everyone, but even if this doesn't hit as hard as the demo, this is still a band that is worth keeping an eye on.
Overall Score: 7.5
Highlights: Lvmen Natvrae
Posted by maskofgojira at 7:36 PM