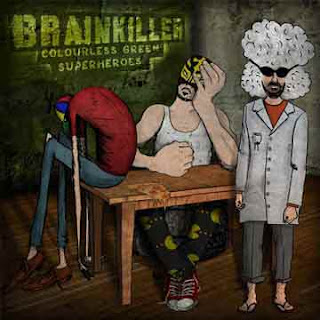 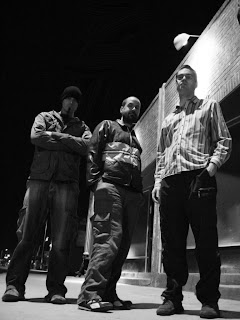 Coming from someone who never intended to originally write reviews for jazz-based albums, I still find it somewhat odd that I've wound up covering the style as much as I have (especially this year). Since the review will talk about the music on this record I'll just get it out of the way first and say that I really don't like this cover, not that it has any impact on what's inside. But to say that I was slightly more apprehensive when first listening to this wouldn't be an understatement.
A cool cover can greatly increase ones own interest in an album and I did put this one off for a while longer than I probably would have otherwise had it not been for that (among other things not having to do with music at all). But like many of the records that RareNoise has put out, things are not as they appear. Jazz it certainly is, but it's certainly not dull or traditional to be sure. Much of this plays out like pop music, in the sense that it does not really segue too far into improvisational sections without returning to the original idea and keeps things compact and melodic, albeit more offbeat and quirky than pop music. There's an electronic quality to the performances (granted the use of electronics are used throughout the album) but it feels less reliant on such tricks to make the songs interesting or appealing. If you stripped away the vocals and electronics you'd still have a fun and poppy fusion record that could probably still appeal to a random person on the street. It's a nice bridge between more traditional jazz tunes and more friendly pop music, Top of The World for example, and despite my love for much of what RareNoise releases, this is probably the one I could give to some of my friends and they could get into the easiest.
There are plenty of times when I listen to a jazz record and it's all fine and good, obviously the players are talented and highly skilled, but at the end of the day, once a song finishes, I couldn't really tell you anything much about it. That's where this record succeeds. At the end of the day it's all about how well a song you've written, really how memorable it is, and this is a record that all three musicians should really be proud of. This is catchy without being overbearing or "obviously" catchy - hopefully that makes sense. Some of it is more traditional than others, being the sort of stuff you might hear if you walk into a clothing store and they have a player piano just sitting there, but I never found that to be as irritating simply because it was contained. It didn't feel like I had to endure this long and drawn out piano solo with accompaniment. On the flip side of that you have those more fun, quirky, and poppy tracks, songs like Scribble or Secret Mission that really stick in your head because it's more upbeat and melodically grabbing. Obviously I have my own favorite tracks, but really it's hard to pick highlights here because there were so many tracks that were damn catchy and fun to listen to on repeat.
So if you have any doubt about this being interesting, you can throw that to the wayside because this does not disappoint. It's seriously relaxing, catchy, and quite captivating throughout, which are three adjectives I usually use separately when talking about jazz (but most genres really...) but this one really does impress. If you've ever been weary about jazz, this might be a good place to start as it really does make itself pretty palatable while still retaining it's traditional sensibilities.
Overall Score: 9
Highlights: Scribble, Plates, Otaku Goes to A Rave
Posted by maskofgojira at 11:09 AM