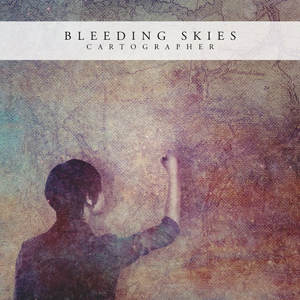 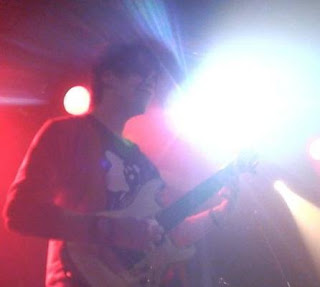 I'm a big fan of Darren Cruickshank's solo guitar project Bleeding Skies, to the extent that I ranked his last EP, I Choose to Awaken, as one of my favorite EPs of last year. He is one of the few guitarists who I will actively check out and listen to on a regular basis simply because I think he can write great songs. Since coming out of the djent sub-genre he has expanded his sound a bit more on each release and I'm hoping for another evolution on this full-length.
Obviously, the whole djent tag will turn some people off immediately, but those of you who don't have that sort of a problem will be able to get into this thing right away. Opener Drive is a full-on djent track despite being under two minutes long. It carries all the tropes of that genre from the synchronized guitar/kick-drum patterns to the more ambient underscore. It's quick, shows you essentially what the genre can do in an instrumental form without dwelling too much on it, thus resulting in a display that is not only tolerable but enjoyable. I find instrumental djent to be quite tiresome and uninteresting for the most part, with many bands/projects assuming that they can just hammer on a groove and think that that's all it takes to entertain a listener. It isn't; and that's why I like Bleeding Skies, because it's comes across as more about the songwriting than just simply the groove or how technical the guitar player is. There are technical riffs for sure, hear Aigis for example, but it's written in a way that isn't overly repetitive but still comes across like an actual song.
Aside from that, this album is also pretty quick for a full-length. With an interlude and an outro on here, you're essentially getting six new songs, which isn't many (obviously) and the entire disc is under thirty minutes in total, so it's over fast. Perhaps a bit too fast for my own taste, but it certainly leaves an impression regardless. It also has to be said that this is a bit more heavy on the tech metal side of things than the last EP was. Where that release definitely leaned just as heavily on melody as it did on technical guitar wizardry, this one definitely does have a bit more "bite" to it, in regards to the whole low-end djent parts. So in that regard, I don't think this album is as memorable or catchy as the last release was, but it's still leagues above what most other projects in the genre are doing (and have been doing). But if you're like me and you crave more of that melodic edge, Seventh Swell Effect is where your ears need to be. Of all the tracks on the album, it's definitely the one that feels the most similar to the EP. It makes use of a more melodic middle section while still finding time to appeal to the people who want a heavy low-end groove.
So overall, while I don't think it's quite up to par with the last EP, it's still certainly a good album. Definitely more my speed than the typical shred guitar based albums and much more than the djent-groove-djent-groove (repeat for 12 songs) instrumental album format. Hopefully if you check this out you'll dig it as well.
Overall Score: 8
Highlights: Aigis, Seventh Swell Effect, Mayuri
Posted by maskofgojira at 4:50 PM