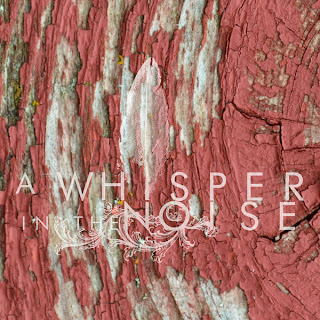 I have a good friend who's a big fan of slowcore and I have heard very little of the genre besides Low (his favorite band). I've been meaning to look more into the genre for a while, and while I thought this was a folk record at first, I was certainly still going to listen to it. After the initial run though I was actually pretty surprised by what wound up occurring on here.
It was surprising listening to this for the first time and having the entire thing open up with the title-track which mixes an elegant sort of string and percussion arrangement with an almost post-rock sort of build. I was definitely surprised because it was far more lush and textured than I had ever expected, and I guess I'll add orchestrated to that as well. Coming in I was expecting acoustic guitars, piano, and voice (the last two are used predominantly throughout) with maybe some percussion, and I wouldn't say that I was disappointed by what I heard, but it really did leave me scratching my head at first. I guess it'd be more accurate to say that it was a pleasant surprise to me because while this was certainly different than what I ever imagined it being when I first got it, what I wound up getting from this album was so much more than I ever imagined I would.
I think that it's pretty obvious based on what I cover (maybe it isn't for all I know) but I'm not a huge fan of women singers. I don't mean that as some sort of stereotype or in some sexist way, but coming from the point of view where I heard a lot of female fronted metal groups (and I know that has nothing to do with this review) who pretty much all sounded the same, I kind of grew to accept female vocal projects a lot more cautiously. That is something that has crossed over into other genres as well, apparent from how I'm bringing it up here. Now, while I bring this up, I can't say that I had any problem adapting to the vocals on here, either of the female or male vocals, and that was probably one of the aspects that really threw me for a loop on my first listen. In the past, no matter what style of music, even if I liked a girl's voice, it might take me a couple of listens to adjust to it, but not on here. I found the vocals, in general, to really suit the music perfectly. Tracks like Sad Sad Song, which is more harmonized voices, and Your Hand are just beautiful pieces of music that hold an inherent poppy sort of melodicism to them while being performed in a much more melancholic and mournful way.
Despite an initial shock at the overall style of this album, I have to say that in the end I was more than pleasantly surprised. It definitely surpassed any expectations that I may have put onto it and it really is an album that has stuck with me. Definitely check this out if you happen to dig more slowcore (which is something I really should look more into if this is any indication of quality) or just well composed, melancholic pop songs.
Overall Score: 8.5
Highlights: Black Shroud, All My, Your Hand
Posted by maskofgojira at 2:34 AM