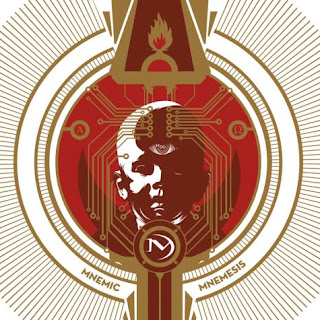 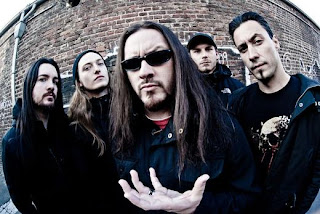 You know, Mnemic is a band that I've had real trouble with within the last couple of years. I honestly do think their debut, Mechanical Spin Phenomena, is a really good album, it's not a masterpiece or anything like that, but for when it was released, I view it as a sort of pre-djent album. Since then, the band has not released an album that has come anywhere near it, but this one may indeed change it.
I'll be honest and say that Mnemic hasn't exactly been a band who's had a great track-record when it comes to releases in my book. Ever since their debut, I haven't enjoyed any of their albums beyond a couple of tracks, and I personally thought their 2010 album Sons of The System was easily one of the most boring albums of that year. By all accounts, the band seemed to be content in morphing themselves out of their unique pre-djent/industrial metal kind of sound into a more groove oriented melo-death band, which isn't a terrible thing, but their songs definitely suffered for it. Each release seemed to provide less memorable songs and hooks that were just lazy and dull. There was also a lack of visceral anger and intensity on albums following their debut, which I could definitely understand, but the loss of vocalist Michael Bøgballe after their second album also kind of made the band lose some of their personality, and his replacement Guillaume Bideau didn't exactly inspire a whole lot of confidence on either of the albums he was on. Then we have this album, with which I can't say I was anticipating all that much, as you might expect based on all of the above.
I'll just get it out of the way and say that I was definitely surprised by this album. In my opinion, the first five songs on Mechanical Spin Phenomena, so basically like half the album, are among the best songs the band has ever written; but instantly as I began listening to this album, one track after another, I found myself being wowed by the band. From track one to track seven, I can't say that there was a track that I didn't enjoy and that I haven't listened to over and over. They are most certainly not as interesting as the songs on the band's debut, but these songs are, at least in my opinion, extremely catchy and are best thing the band has produced in a very long time. I remember before the release of 2007's Passenger and again before Sons of The System, guitarist Mircea Gabriel Eftemie had said in interviews that, respectively, on those albums, the band was going to take their sound into heavier and more catchy directions, at least to me, that never happened. I was actually pretty fed up with him saying that, and never delivering on it. The songs on here finally do that, at least most of them, providing the some of the biggest and most memorable hooks the band has ever written. Tracks like Transcend and I've Been You feature giant choruses that stuck with me immediately after hearing them, which I is a first for any Mnemic song ever doing that to me.
In my opinion, Guillaume has always been a pretty solid vocalist, I've followed him since he was in Scarve, but a lot of the work he did on his first two releases with the band weren't exactly all that inspiring. It really felt like a guy just sort of going through the motions, not to say he didn't do that admirably, but on here, he just blows away pretty much anything else I've ever heard him do. He really presents a unique sort of personality through his vocals on here, which is something I never expected. Like I've said above, I do consider this band to be a pre-djent band, essentially doing the whole Meshuggah influence (on a bigger scale than just saying they were an influence) before it really blew up in the last couple of years, on here the band embraced a bit more of that modern palm-mute style on a couple of songs, the title-track and Ocean of Void. Not that it's probably the greatest change, but this album really isn't all that dark either. This is probably the band's most melodic work to date, and it's definitely reflected in the overall tone of the album, which is much brighter than dark.
I was very impressed with this album as I really didn't think I'd ever hear a quality record from Mnemic again (to be brutally honest). The last three songs weren't exactly up to par with the first seven, but I still thought they were pretty solid songs nonetheless. Definitely makes me glad I checked this album out.
Overall Score: 8.5
Highlights: Transcend, I've Been You, There's No Tomorrow
Posted by maskofgojira at 1:20 AM