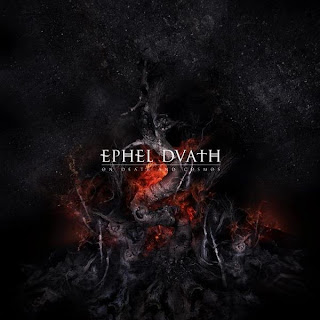 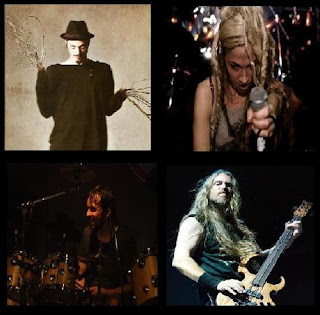 My love for the weird and eccentric side of metal is no secret, and thus my fondness for the likes of Italy's own Ephel Duath should come as no surprise. The band has consistently impressed me on each successive recording, ever changing their sound and never staying in one style too long to really come across as any one thing. Though the band have never had the most consistent of line-ups, this is the first without vocalist Luciano George Lorusso since the band's debut full-length back in 2000.
Sonically, Ephel Duath is a strange beast and one that I perfectly understand when people claim that it's not really even metal. Beyond their Phormula, their full-length debut, the band has moved away from the more "normal" forms of aggression found in metal and have shifted into realms that are much more akin to that of jazz. What has appeared on the last few full-lengths and continues onto here is one of the most bizarre combinations of straight-up jazz, schizophrenic industrial electronica, math rock, and just a hint of black metal coming from the vocals. I kid you not when I say that it's hard to really call their last album, 2009's Through My Dog's Eyes, a metal record. Aside from main-man guitarist Davide Tiso (who is totally underrated as a guitarist by the way), we see the return of drummer extraordinaire Marco Minnemann, and the newcomers to the group, bassist Steve DiGiorgio and vocalist Karyn Crisis (who you might know from her work on the most recent Dimmu Borgir, Solefald, and Aborym records). With a new line-up, kind of, we see a shift back to more straight-up forms of aggression, at least vocally. Crisis' vocals are a mix of death growls and her usual punk-ish singing, usually overlapped over one another, while the music backing her is a bit more rock inflected than either of the band's last two releases but still retains Tiso's unique playing style. His chord voicings are remind me a lot of Ben Monder, which may speak less to my knowledge of jazz guitar than it does how great a guitarist Tiso actually is for all I know.
Overall, I really do enjoy it and there really wasn't any reason that I wouldn't, it's a great piece of music. Hopefully this is just a taste for what a forthcoming album may sound like, but even if the next album sounds nothing like this it's still a good palette wetter. Definitely worth your time if you happen to enjoy the weirder side of metal like I do.
Overall Score: 7.5
Highlights: Raqia
Posted by maskofgojira at 12:33 AM