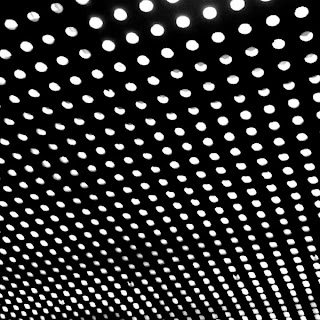 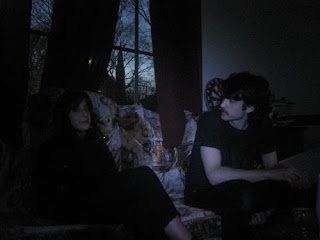 I know it may come as a shock that I actually do own and listen to some pop music, but I do enjoy some pop acts from time to time. I was introduced to Beach House somewhere around three or four years ago but didn't really get into them until I heard 2010's Teen Dream album. Since I heard that album, I have been a fan of the band and was very eager to hear this new album.
Since being turned onto the band I'd say that they've had an influence on what I listen to in the worlds outside of metal music. While the band aren't exactly presenting a sound that breaks the norm, at least anymore anyway, for pop music, their songwriting has always been what's captured fans. Those simplistic and gentle melodies just glide through the ears of a listener and somehow wind up getting caught in the right places for them to be memorable. Granted, this is dream pop music we're talking about, so it's not like I'm venturing into pure, bubble-gum pop that you'll hear on the radio/see on tv, so there's obviously more appeal to them beyond just a hook. Besides these guys and a couple of other acts, I can't really even say that I'm a huge dream pop fan. There's just something about these guys that somehow makes their songs catchy and memorable, while also being melodically pleasing as well.
I remember seeing these guys play on Conan [O'Brien] a couple of months ago and really being wowed by them; and that was what really triggered me listening to them again. I do realize that's sort of a random point, but I just wanted to throw that in. Back to the album though, it definitely has a nice blend of moods ranging from your more typical moody pieces to more upbeat pop songs and even a full-on ballad, On The Sea, though to call it an even melancholic song would be stretching the truth a bit further than I'd ever like to do. I also really have to compliment the closer, Irene, for doing something far more interesting(?) than I ever thought to give the band credit for. That near seven minute long closer really channels the right aspects of the occasional post-rock influence and creates possibly the best song they've ever written. I have to say that when I think of pop music, usually the stuff on the radio is what typically comes to mind, and that stuff lacks variety, in a good sense, in most cases. When someone asks me about good pop music, this is a band that will usually come to mind pretty immediately. Sure, the rather unflinching way early records were just skeletal pop songs with a sound that was a lot more tolerable, it's really only been on this and their last record where they've fleshed their songs out more so and begun to spread their sound out a bit more while still having that core sound intact.
Forgive me for not having a whole lot to say on this record aside then me saying that it is good. I do enjoy the band and while my personal favorite record from them is apparently in the minority (Teen Dream) I don't think the band have put out anything sub-par as of yet. If it sounds interesting to you or if you happen to enjoy shoegazy and dreamy pop music definitely check the band out.
Overall Score: 8
Highlights: Lazuli, Other People, Irene
Posted by maskofgojira at 11:06 PM