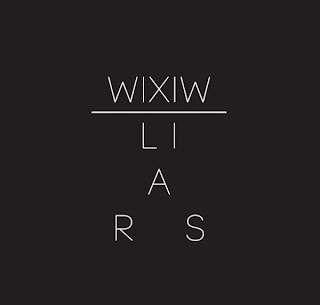 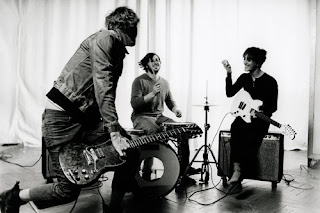 I can't say that I've been following Liars for too long, probably under two years at this point, but are a band who I have a great respect for. Despite never really listening to them all that often, what I heard was enough to make me a fan. Since finding this record, I've gone back and listened to some of their older work in order to gain a better perspective on this album.
I wasn't even aware that Liars was releasing this album until about a week ago, watching a review of it and then immediately going out to find it. Like I just said above, I wouldn't say I've been a casual listener of the band but in preparation for writing this I went back and listened to some of their other albums and found that they were far more interesting and unique than I remember them being. Both their take of straight-up noise rock and then their more arty and experimental albums are very well constructed (though I obviously have preferences towards some over others) and even from a single listen there were a handful of tracks that got stuck in my head. I also really enjoy the fact that they managed to switch up their style, if only a little bit, on every album to give each one a different feel, whether it be the more noise rock approach on their debut or the darker ambiance on their self-titled album (my personal favorite by the way) or the moody and electronic style embraced on this very album.
While it isn't as if the band haven't experimented with more mellow tracks or darker sounding atmospheres before, they have never done an album which was dominated by tracks of this sort. I heard that this was an album that was pretty hard to get into from a couple of reviews, and while I could definitely agree that it is a grower, for myself anyway, this thing clicked with me pretty immediately. The more minimalistic electronics and post-punk vibe of these songs for some reason turns a lot of these songs into what I'd seriously consider late-night dance club worthy. Along with that, there's also this almost ethereal quality to some of these songs, which, coupled with the repetitive nature of the record, leads a good portion of these songs to really be hypnotic. Now, to say that this record is all moody electronic inflected pieces would be wrong because despite the more moody nature of the record, there are still quite a few tracks on here that are a bit more upbeat, the likes of A Ring On Every Finger or His and Mine Sensations being perfect examples of that. In fact, come to think of it, I don't think one could really call this a Liars album if there wasn't at least one track which was a bit more up-tempo. They're danceable without abandoning the mood, which leads to a diverse, but cohesive album. Even when they're being really weird, there's always that one song that sticks out as being the black sheep, and on this record, at least to me, it's Flood to Flood, which is a rather up-beat song, but feels a lot more energetic because of all the various electronics and interesting drum patterns going on throughout the song.
In the end, I was really impressed with this album and it's really become an album that I come back to quite often. Even though I've only had it for a little while now, I just can't seem to break away from it completely ever since I first listened to it. Definitely worth checking out if you're into more moody post-punk or electronic influenced rock music.
Overall Score: 8.5
Highlights: No.1 Against The Rush, WIXIW, Annual Moon Words
Posted by maskofgojira at 3:14 AM