Here are a bunch of demos I've found/gotten sent and because I'm bored at the moment I figured I'd just get them all out of the way at once. I was actually surprised at the quality of these releases as most of them are debuts for these bands/projects. Definitely check them out if they happen to peak your interest. They're all reviewed from 1-6. 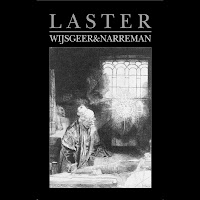 Of all the demos on here, this is probably the one that's been getting the most attention. A lot's been made of this duo's majestic sounding debut, spreading some of your more obscure sounding influences across their sound and turning what could have been just another average atmospheric black metal record into something a lot more engrossing. They really just channel the right sounds to keep you interested while kind of giving it a couple different ideas here and there that definitely make it stand out from your typical group, including a slightly more foggy sounding atmosphere and some beats that I found slightly danceable. As an entire package, all three songs definitely work together well enough, each one providing a statement that differs enough from the others to stand on its own. Overall, a strong piece.
Overall Score: 6
Highlights: Wijsgeer Ende Narreman 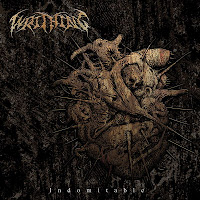 When I was sent this demo, the band had mentioned the likes of Deicide and Malevolent Creation as influences, and that certainly works. Though death metal purists may hate me for saying so, I've never cared for either Malevolent Creation or Obituary (I know that I didn't mention them before, but I thought it was a fitting time to bring it up), but I do like Deicide, and this definitely leans more towards the spectrum that I enjoy from them. The duel vocal layering and the spiteful riffing just bleeds that sort of hate that I've come to expect from Deicide; and it's good to finally hear some newer groups doing carrying on that vibe in their riffing. For what these three tracks present, I really don't have anything to complain about, though I might have liked the production to feel a bit less slick sounding and a bit more gritty, it's certainly not a flaw.
Overall Score: 6
Highlights: Prey 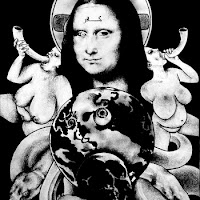 It's become very hard in recent times to really call demos "demos", what with the increase in home-studio recordings and the higher production rating that pretty much everyone and their sister has available at their fingertips, a demo could, and sometimes does, sound better than an actual full-length album. That's essentially what you get with this demo. It's pretty clean sounding for a demo, perhaps a bit cleaner than I would like it, while retaining traces of hiss from the distortion in the background (the vocals sometimes sound more distorted than the guitars on here actually). Stylistically, this thing shifts between straightforward, no-nonsense black metal to the genre's more melodic side. Despite its aggression, it rarely feels dark or intense, only appearing on a few of the five tracks on here, but when it does channel those elements, it is truly something special.
Overall Score: 5
Highlights: Maaksi Tuleva, Tämä Kansa, Tämä Maa 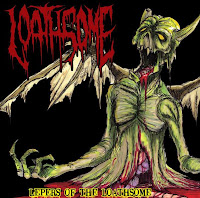 When I got this demo I honestly wasn't expecting all that much, what with the rather cheesy cover art and the band photo not exactly screaming good in any way, but damn if I wasn't surprised when I pressed play on this thing and got my face torn off. This is bare-bones death metal with a crusty guitar tone, a doomy pace, and vomitous vocals, just the way I like this stuff to be done. In one sense, it's not all that different from the other legions of Incantation influenced groups popping up as of recently, but I'd say the vocalist actually manages to channel a bit more of an early Carcass kind of vibe while the instrumental portion is a bit less singular. I will admit that there were moments where the guitar did sound a lot like someone scraping metal though, whether or not you find that to be bad is really a personal matter though.
Overall Score: 5
Highlights: Into The Sanatorium, Unknown Cemetery 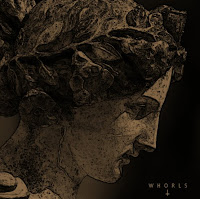 This debut release from this young and upcoming group definitely boasts a lot of potential. The almost industrial edge, whether intentional or not, really does help create a unique kind of atmosphere for both of the tracks on here. While it's clear that the group is certainly comfortable in what they're playing, it's easy to draw comparisons to them, and aside from that small industrial touch, they really don't distinguish themselves too much from the other blackened hardcore groups popping up within the last couple of years, not to say I'm not impressed though. They have the right idea and know how to convey aggression in ways that definitely get the blood pumping and they have the right amount of chaos to maintain that wildness that this sort of material needs to be done convincingly. A strong debut and one that is definitely worth trying to find.
Overall Score: 6
Highlights: Irréversible
Posted by maskofgojira at 1:29 PM