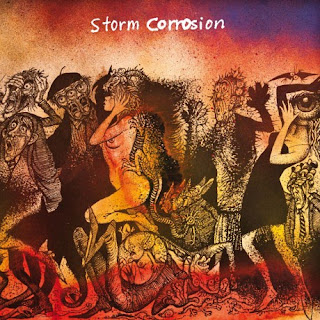 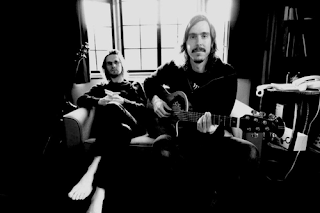 Yes, the long awaited collaboration between Steven Wilson and Mikael Åkerfeldt has finally been released to the public after several years of speculation. I don't think that the idea of the two men working together had anyone worried, it wasn't until this album was announced that I think fears began to creep into the public's consciousness. I somehow doubt that anyone really thought that this is what the result would have been, no matter how big a fan you were of the two men or how long you followed this project.
The result of the two musicians collaborating was one that was subject to debate once the two announced that they would one day do something together. I'm sure many probably assumed the result would be something of a fusion between the likes of Opeth and Porcupine Tree, but obviously a little different because the two would be influencing each other. Even after videos and statements had been released where both men spoke of how much the record was going to be influenced by the likes of Comus, Scott Walker, and soundtracks from the 70s, I still saw a whole lot of people talking about how this record would ultimately just wind up sounding like both men's main bands, but a little different. The whole premise, I guess you could call it, of this record completing the trilogy that began with Heritage and Grace For Drowning, is one that I'm sure worried some who weren't fans of at least Opeth's contribution in that saga, and probably gave some form of indication of where this record might have gone musically. Not that I ever saw this coming, but I would love to just point this in the face of every person who thought this would wind up sounding like a variation on either of the men's main bands. Though every side project is different, I kind of wish that this is the route that more collaboration collectives would go about writing music.
Listening to a record like this really reaffirms how great each of these men are. Sure, if you're a fan of either of their respective bands, projects, or whatever, you probably already hold one or both of them in pretty high regards, but this record shows that they can succeed in writing something that is very much against the grain of mainstream metal/music as well as against what either of them has created before. While I'm sure this record wasn't totally devoid of its rock influences, I have a very hard time calling this a "rock" record, let alone a "metal" one. The use of strings, acoustic guitar, and synth playing is really something to behold. It's really a beautiful record, more than anything else at least in my opinion. There are sections of dissonance and more abstract ideas, but as a whole, this is easily one of the most hauntingly beautiful records I've heard this year. As much as I love really weird and avant-garde music and various forms of extreme metal, I find myself being drawn more and more to records that aren't anywhere near as heavy or outright weird and more to music like this, where it's more about atmosphere and depth than almost anything else. I'm a huge Scott Walker fan (just throwing that out there), and I'd imagine that anyone who is a fan of his, or has at least heard some of his more recent material (either of the records he released in the last two decades), could hear the influence he's had on this project. The title-track alone owes so much to his later work, not to the extent that it's a rip-off, but it's very noticeable. Also, I've heard/seen quite a few people say that this record depressing, and while I'll certainly agree that it's dark and ominous in some instances, I never really found it to be depressing at all. On the contrary actually, tracks like Happy and Ljudet Innan sounded almost uplifting to me, but maybe I'm just weird.
One thing that I didn't get from any of my listens through the album and am only realizing as I am currently writing this is how different each track manages to be without sounding like it belongs on another record. The more orchestral sound that opens up the album on Drag Ropes, the krautrock-ish groove that carries Hag, or the ambiance that climaxes on Ljudet Innan, despite how each track differs from the ones around it, they all fit together into a cohesive unit. I think it's a feature that really stands out only now is because when you're, or me in this particular instance, focused on a single song you kind of just think of it a single piece, and when you just take the album for what it is, you're just looking at the overarching similarities between the tracks, but when you kind of put both in perspective, you really notice the differences and the similarities, and how well the two work together on here (sorry if that sounds really convoluted and weird). On a side-note, I kind of thought that Mikael would be singing a bit more on here, but I can't really say that I'm disappointed with the outcome.
It's probably obvious where I stand on this record by now, I think it's a really great piece of work that is definitely something different. I doubt I've said anything that hasn't already been said before but hey, more publicity for stuff like this the better. More people need to hear about good music. If you're one of the few who hasn't already heard this record, definitely do yourself a favor and listen to this, it's not metal, but, as it turns out, it's better than most of the metal records to come out this year anyway.
Overall Score: 9.5
Highlights: Every Track Is A Highlight
Posted by maskofgojira at 1:34 AM