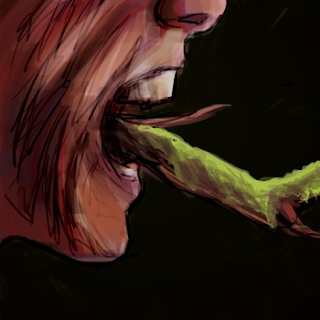 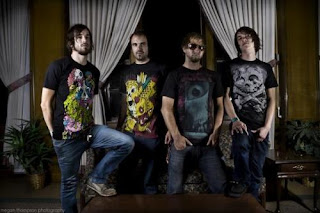 I first heard of Exotic Animal Petting Zoo several years ago from a Youtube video collection (which also informed me on numerous other great bands as well) but was one of the bands that I can say I didn't wind up listening to all that often. I've had their debut album, I Have Made My Bed In Darkness, for a good two or three years (if not longer) before actually remembering the band with this album. I didn't even listen to that album before listening to this one, making it a pretty blind listen for me.
As several people probably know by now, some of my favorite bands of all time are Faith No More and Mr. Bungle. Call them what you will, but I love bands that are just super eccentric, weird, and unlike any other group and that's where EAPZ comes in. While comparing them to either of the bands I love above is certainly a stretch, they certainly are pretty different sounding. I mean, they're certainly a very modern sounding band, and you can hear a whole variety of influences throughout the record from funk rock, post-rock, post-hardcore, screamo, mathcore, alternative metal/rock, among others, but they're all shoved together into a way that just makes it sound fun, energetic, and passionate. Normally I don't hear a whole lot of "fun" music except when I decide to check out the odd thrash or punk influenced band, just because I find it easier to just get pumped up or want to move to music that has energy in it, and while it remains true for this record, none of the genre's above, as of recently, have contained that element for me. Hell, I won't deny that some of the more technical excursions on here are a bit much and that the band probably could have conveyed the same emotion without trying to run through as many notes as possible, I will say that those parts certainly add some amount of diversity to the record.
Having said all that, it's not like the band don't have their melodic and more restrained moments. Songs like Through The Thicket... Across Endless Mountains and Kaspar Hauser Could See The Stars In The Daytime aren't anywhere near as in-your-face or spastic as other tracks on here, but they still have their freak-out moments and manage to convey more emotion, at least to me. The latter half of the album does express more of these moments than the first, interweaving some really beautiful post-rock moments together with some almost jazzy guitar phrases. Vocally, while the majority of the album is screamed or yell, I did find the cleanly sung vocals to kind of have a nice sound to them. Their tone is similar to that of plenty of other modern metalcore/deathcore band's use of clean vocals, which I'm sure is bound to turn plenty of people off, but they're far more eccentric, if only to just fit the music their playing, and come off sounding not only more convincing emotionally but also less similar to the style of music I just mentioned. I'm sure some reading this just won't get what I'm talking about and will probably assume I'm just taking it easy on the band because I enjoy the screamed vocals and instrumental work or that the cleanly sung vocals aren't anything that I just made them out to be, but coming from someone who's listened to a lot of metalcore bands, lots, before ever getting into extreme metal, I'd like to think I can judge vocalists like this pretty fairly.
It's spastic, it's eccentric, it's weird, what's not to love? While it isn't exactly metal, this is the sort of band that I tend to prefer because they're always interesting and fun. Definitely look into it if you don't mind some freaky and wacky alternative (insert genre).
Overall Score: 8
Highlights: Thorough.Modern, Through The Thicket... Across Endless Mountains, Whores of Babel
Posted by maskofgojira at 12:50 AM