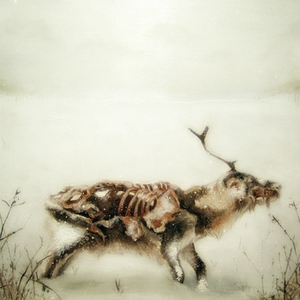 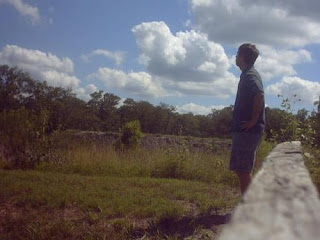 I got this record near the beginning of the year so I have a hard time remembering why I decided to give it a shot. It wasn't until I was burning some stuff to listen to in the car when I had some free space and this had enough time to fill the spot that I decided to give it a shot. I honestly couldn't tell you how surprised I was when this started playing.
I think that when I first decided to cover this a couple months ago I think I might have expected it to be something more along the lines of a djent album. Obviously, with several months in between me actually getting this and finally deciding to review it, I've forgotten my original intention, so I'm kind of just guessing. What I did recall was that it was instrumental and that it was slightly on the more technical side of things. I have to say that whatever my original intention for deciding to cover this was, I was sort of let down by the end result. Not that this is in any way bad or anything, but for what's being played, these songs, most of them, feel too long. Maybe it's just how I went into listen to the album that made them feel longer, but even when I used it as background music, it just made things feel tedious. Sonically, for as much going on in these songs as there is, it shouldn't feel this tedious to listen to, you have spastic post-hardcore riffs that jump back and forth into quick snippets of blast-beats and jazzy guitar and bass interplay. Though if I give anything to the album, I will say that production is well done, you have a nice variety of effects that link these songs together.
While I don't think anything on here is in any way bad, it was just a little too tedious for my own personal taste. If it means anything, I think that everything on here is actually pretty spot on except for the songwriting, so if that was tightened up a little bit, the next release might really be something interesting. Check it out if you happen to think the mix between technical metal and post-hardcore sounds at all interesting.
Overall Score: 6.5
Highlights: Born Again, Devoid of Virtue, 1954
Posted by maskofgojira at 7:58 PM