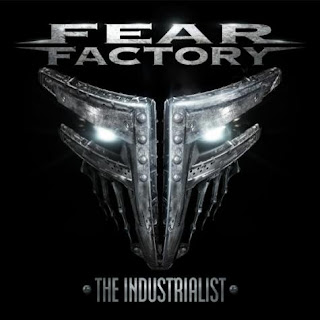 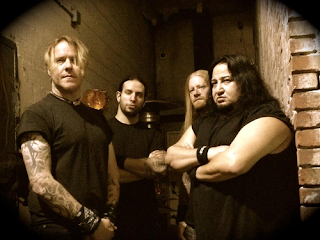 I have to be honest and say that until 2010's Mechanize, I wasn't a huge Fear Factory fan. I was most certainly a fan of their music, but I couldn't really say that I was into an entire album before that one came out. It can be assumed that I was most certainly excited when I found out about this album's release and the various concepts that the band/duo would be going into on this album.
I'm not as much of a concept guy as I once was, in the sense that I don't really base an album on it's lyrical content too much anymore, but Fear Factory has always been a band who has always made concepts that were well worth actually reading about. While I'm still not going to cover them here, I still feel it's important to take note of them because there really aren't too many bands out there who can made a concept album that is both interesting, topical, and relevant. But onto the music. All I can really say is that it's definitely Fear Factory, and if you were expecting something different or experimental, you're most likely going to be disappointed. But the band doing what they do really isn't a bad thing, at least for me, as their core sound is one that's not only good and original, but is always just a little bit different on each album. On here, this is definitely a darker album than their last couple of releases, probably going back as far as Obsolete in terms of the overall tone of the entire album.
I have to say that on my first listen, I was sort of disappointed with this album. I guess I was expecting an album that would be similar to Mechanize, but that is not what I got. Sure, you have songs like Recharger and Virus of Faith which are more straightforward and feature big and catchy choruses, but this isn't a song based album like their last few were. Due to this being a concept driven album, there aren't really all that many songs that are going to be driven by a hook, and it's more about the overall tone of the album, the way the music works with the story/lyrics, and the way various emotions are conveyed throughout instead of having songs that are just songs (hopefully that makes sense). I don't think tracks like God Eater or Difference Engine probably would have worked on a more song based album because they really aren't big or catchy songs and are probably the best examples I could give you for what I just mentioned about this being a darker album that takes a concept more seriously than individual songs. I'm not trying to say that individual songs aren't good or that they don't work on their own, but, at least to me, while some of these tracks could just as easily have been put on another record by the band while most of them most likely wouldn't work in that sort of context. A concept should rely more on flow, which is how this album works, you have a variety of moods while an overall dark atmosphere is maintained throughout.
Probably the biggest point of controversy on here are the last two tracks, Religion Is Flawed Because Man Is Flawed (great title by the way) and Human Augmentation, both of which are instrumental, industrial-ambient tracks. Now, I honestly don't think that the former track would cause as much controversy if it was by itself because it's pretty short, but the latter track is just over nine minutes long and I do not think that that's what most Fear Factory fans want to hear from the band. I think the band do a pretty solid job at the tracks, but they really aren't all that special, and I do understand the reasoning for putting them at the end of the album, but I do think it was a mistake. The placement of these tracks, from what I've read and heard from others, only leads to people ending the album at Dissemble. I definitely admire and respect the band for trying something like closing the album with ambient tracks, I just don't think it works for them.
Seeing as Mechanize was the first album that I ever reviewed, it's weird finally covering them again. I kind of wish there were more actual songs on here, as the eight that, essentially, comprise this album, do a great job at setting a dark mood and covering a really cool concept, and I just wish there was more like that on here. It's a solid album, definitely not without its flaws, but more than certainly above average and well worth looking into.
Overall Score: 8
Highlights: Recharger, Depraved Mind Murder, Difference Engine
Posted by maskofgojira at 2:20 AM