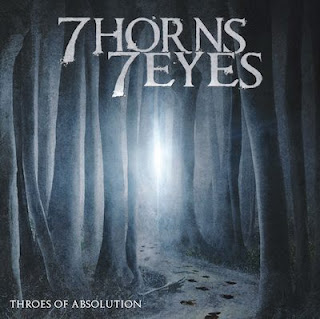 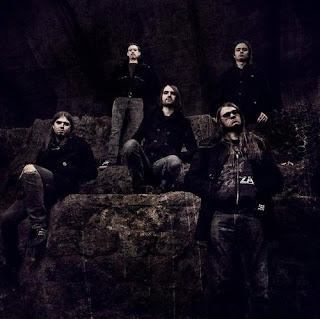 To be honest, I've been aware of this album peripherally for a little while and have sort of been interested in it. While nothing really drew me in initially about the album or band, when I noticed the bands that this one was touring with I figured that I should check it out. I couldn't pass this up after seeing that these guys were touring with some pretty big and well respected heavyweights in the prog metal genre.
I wasn't exactly sure what I was going to get musically, since everything I had read on it didn't really paint any distinct portrait of the band's sound. I couldn't really tell you what I expected to hear from this to be honest, I mean, the reviews I had read told me that it was melodic, atmospheric, some even said djent inspired at times, which could translate to some as being progressive, so I came in expecting nothing from this. Luckily for me, what I wound up hearing was better than any of the reviews had told me. Now, do not translate that into me thinking this is a fantastic album, but the descriptions I was given only gave a vague impression of what these guys sound like, and while I could see all of them being true, none of them were really all that accurate. I'll just go and banish that djent tag right away because it's completely unnecessary in this case. These guys have their modern prog metal influences down pat, they've definitely studied from the books of Opeth, Katatonia, and Meshuggah, but they're certainly no djent band. Are there off-time chugs on here, yes, but that does not equal djent from my point of view.
Now, if there's anything I have to give to these guys it's that they can play. The guitarists can shred like no one's business, but they are self-aware enough to know that a solo doesn't have to be super technical or fast to be well done, as a good portion of them tend to be on the more melodic side of the spectrum. I also have to say that I did enjoy the vocals on here for the most part, the only track I didn't care for them was Cycle of Self because that song just reminded me way too much of generic deathcore bands even though it was probably a lot more tasteful than any deathcore song I've ever heard. The vocalist maintains a pretty low and guttural style throughout the album, and those are the sort of vocals I tend to prefer anyway. Despite all of that, my biggest gripe with this album has to be said is that apart from a few songs, most of what's on here is pretty unmemorable. It just goes in one ear and out the other without leaving much of an impact. Sure, I stand by the above comments about the instrumentation and vocals, but that's after listening to the entire disc, you could figure that out after listening to a handful of songs actually, but I just don't end up remembering much about this record other than that.
While I wouldn't say that these guys are a doom metal band, the atmosphere they manage to use on here is certainly comparable to groups like Swallow The Sun or Daylight Dies, at least to me. In my opinion, the tracks where the atmosphere appears to have a higher role in the music wind up being the best tracks on this album. The likes of both Delusions and A Finite Grasp of Infinite Disillusion make good use of the more melancholic atmospheres to enhance the power of the song, and not just use it as a backdrop. Having said that, I still don't think that's enough to save the album, because that very thing I said amplifies the power of certain songs, is also what kind of ruins the rest of them for me. I just wind up wishing that more songs were like my favorites and made use of more dynamics and ambiance. Despite the more "epic" ambiance attached to a track like Vindicator, it is once again, a good example of when the band are doing things right.
In the end it's just fine, but nothing extraordinary or totally unique despite the fact that all of these guys are more than capable musicians. There are some good ideas and some great performances, but nothing really makes it stick too well. I doubt that it's going to blow anyone away, but if you happen to enjoy modern prog metal, especially the more death metal influenced side of the genre, I'd say to give this a shot.
Overall Score: 7
Highlights: Delusions, A Finite Grasp of Infinite Disillusion, Vindicator
Posted by maskofgojira at 10:01 PM