As the title above says, part three of this series for splits. I don't know if you could consider the first one to be a split, but both were packaged together so I'm going to reference it in here. (All three reviewed from 1-8) 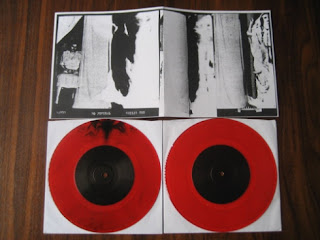 Last year, both No Funeral and Heilig Tod released debut EPs onto an unsuspecting world and unleashed some of the best blackened punk I've ever heard (No Funeral made it to my top 10 EPs of last year). These two follow-up EPs were released as a set a couple of months ago and I've really been taking my own sweet time in covering them, but here we go. Of the two bands, No Funeral was definitely the more aggressive, if only because of the punk intensity they brought to their songs, but on here they begin to slow it down. The first song doesn't feel quite as intense because it moves at more of a sludgy pace than I remember their other material being. Then you have the second track, which is definitely more punked out. You can just feel the attitude coming off of the vocals while an almost post-punk kind of vibe comes off of the instrumentation. Both tracks definitely show growth from the band, and I just can't wait to hear more from them. Then there's Heilig Tod who definitely take a more raw and traditional approach to black metal. As exhibited on their EP, they just carry the intensity and coldness from the styles origins, but replace it with more of a punk and hardcore sort of energy, delivering their material in short bursts. Both tracks are pretty similar in terms of their approach, though the second one delivers it's form of black metal with far more punk oriented enthusiasm (if that's the right word to describe this) before diving into an almost doomy section (for this band anyway) that closes out the track.
Overall Score: 7.5
Highlights: No Funeral - Side B, Heilig Tod - Side A 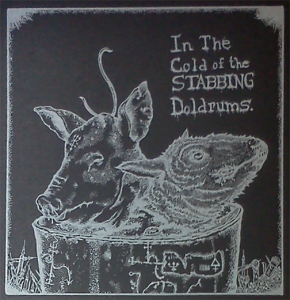 This is probably one of the weirder splits I've gotten this year. Seeing as I'm only peripherally aware of both participants on here, I can't really speak too much in regard to either's past work. I know Sewer Goddess from a live album that was released last year that I reviewed, which was a quite well manifested power electronics kind of experience. The material presented by the project on here is a lot less in the realm of straight-up noise and has a lot more of a sludgy post-punk kind of vibe, surprisingly enough. Both tracks have heavy rhythmic sections that drive the pieces forward while frantic screams, blazing feedback, caustic ambiances, and the occasional warped sample make up the backdrop. I had heard Slavepiece on the live album before but on here it is far more memorable and less of a standard noise piece, which I found to be an improvement. Then we have Mourner, who's debut album I knew about when it was released and heard a track off of it and thought it was decent enough, but never really went more in depth to listen further, so their track was a pretty fresh experience. I have to tell, I was really surprised when those vocals came in. Musically, I remembered that it was more droney doom sort of stuff, perhaps a bit more melodic than your standard band, but the vocals really caught me off guard. Those high-pitched squeals/screams are really unlike anything else I've ever heard, and I'll admit, are a bit disturbing.
Overall Score: 7.5
Highlights: Slavepiece, The Death Posture 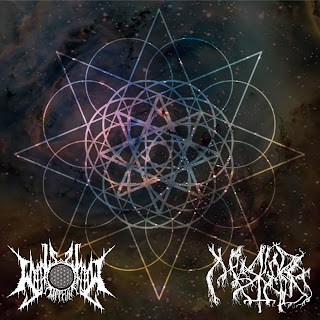 First off, we have the solo project of W. Crow, otherwise known as Wheels Within Wheels. I have to say right off the bat that this is probably the clearest sounding mix that WWW has had on any of its recordings yet, not only can the drums be made out, but melodies pop out more than almost ever before as well. At least, when they're being used that way anyway. The majority of this track, which is called Your Body, Your Blood by the way, is still based in the same realm of droning blackened noise that you've heard on previous WWW recordings. I wouldn't say that it ever matches the intensity, or even the beauty, that some of Crow's other releases have exhibited, but it has a sense of unbridled focus which I don't think I've heard the project reach at this level ever before. Then you have the lesser known Merkaba, we have Lament. In much the same way their full-length from last year, Bones of The Sacred Forest did, this track pulls off a raw and natural form of black metal that creates a dense and surreal atmosphere. I wouldn't say it compares to the likes of Lunar Aurora or even Burzum, who use plenty of keyboards in their work to, at least, help create a highly atmospheric form of black metal, there are certainly moments that show at least a slight Burzum influence, especially in the pained vocals, but that's about it. The band have a really unique flavor to them in that the ambiance seems to be generated by what the band are playing and wherever this was recorded. Honestly, I think that it might be a bit overextended, some parts do feel like they don't really go anywhere by repeating as many times as they do, but I understand the reasons why they're repeated.
Overall Score: 7
Highlights: Your Body, Your Blood
Posted by maskofgojira at 12:37 PM