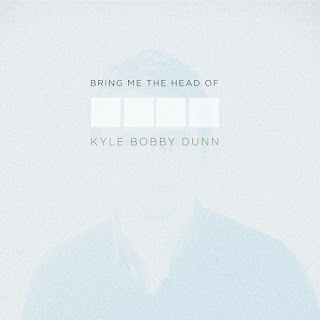 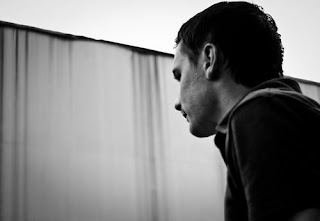 Last year's Ways of Meaning was my first encounter with Kyle Bobby Dunn and I was definitely impressed. I had first heard of him through a review that a friend of mine had done and so finally getting to hear it was very exciting. I was just as pumped when Dunn told me about his new album, this double-disc release, as it would showcase even more of what I enjoyed on the last release.
I do think that Kyle Bobby Dunn is a truly talented individual. I'm in no way a huge advocator of ambient music only because I know that I'm a total noob when it comes to that genre. I have the artists and groups I like (chances are you've heard of all of them before if you like ambient music) and then there are the artists who I'm just sort of there with, I do like Kyle Bobby Dunn though. I think his ability to craft moody atmospheres is among the greatest that I've encountered within the ambient realm. I say moody because I do think that he can craft songs that are emotionally powerful, and I'll be the first to admit that most of my ambient collection does tend to be more in the realms of downtrodden and morose soundscapes, but Dunn manages to do that, without ever sounding quite like dark ambient music, most of his pieces tend to feature more of a melancholic sort of happiness or peacefulness. Even the brighter moments feel somewhat sad, if you catch my drift. I will say that in comparison to his last album, Ways of Meaning, this is a much brighter, and longer, affair.
I guess my biggest problem with this album is with its length. Being two discs long, it's quite taxing, especially when most of the tracks tend to be over seven minutes. While long songs (in any genre) don't really offer too much of a problem for myself, I found some tracks to be rather dull and lacking in variety (it's an ambient album, what variety?), but I liked it more when there were noticeable shifts and escalations in the mood or atmosphere, tracks like Douglas Glen or The Hungover, instead of remaining rather static for an entire duration, La Chanson De Beurrage. In shorter doses, I didn't really view the more one-dimensional style as all that much of a hindrance because when a track is only a couple of minutes long, it's more like a single idea and you can get away with making that one or two ideas work, but longer pieces need, I guess you could say, more movement. I can't really say that I have a preference to one over the other because Dunn does accomplish both with relative ease and makes both sound great, but to say that the longer ones didn't drone on a bit too long for my own taste would be lying. I also have to say that in an album this long you're bound to hear some repetition in the ideas and that certainly happens in the later tracks. I can't say that any songs were bad, but some of it did feel a bit too much like filler for my own taste. The good tracks really stand out though, in both the atmospheres they set and the mood they bring to the listener, it's very calming. In my head, pretty much every time I was listening to this, I always pictured someone just floating in white emptiness, and while that may not sound great, I think it fits because every track on here, no matter how dark or uplifting, the sense of overwhelming calm remains intact.
I enjoyed it while it was on and it definitely did keep the mood rather peaceful while it was on, both when it was in the foreground and background. I don't think it's quite as accessible an album as Ways of Meaning was, but it's probably more of a rewarding listen because of that. Definitely check this out if you're a fan of ambient or drone music, it's a very solid album with some really good tracks.
Overall Score: 8
Highlights: Douglas Glen, The Trouble With Tres Belles, The Calm Idiots of Yesterday, Parkland
Posted by maskofgojira at 7:44 PM