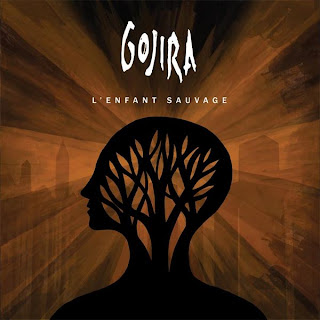 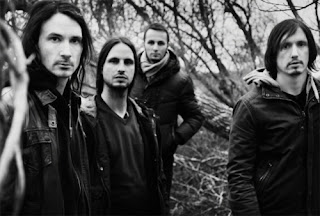 Gojira is one of those bands who I avoided for quite a while when I first heard their name being thrown around back in 2006. It wasn't until I heard what eventually became one of my favorite tracks by them (Flying Whales)that I finally got what all the buzz was about. Since then I've been a fan and I can't say there are very many other bands who can do what they do.
For as long as I've been listening to metal, I guess you could say that I've become immune to a whole lot of stereotypes. To be completely honest, as much as people will disagree with me, a whole lot of metal gives me no desire to headbang or raise the horns up high. I love the genre to death, but I guess that it just doesn't light a fire in me that would make me want to exert some sort of physical motion in response to it, having said that, Gojira is one of the few bands that still makes me want to do that. On every record they've put out, their riffs and grooves have made them one of the very few groups that gives me any desire to just headbang in response to what they're playing. The band has become a name synonymous for consistently high quality records/material since they first started to blow up back around 2006/7. Their riffs just carry the weight that make them feel heavier than most sludge, doom, or any variation of those sorts of bands and are by far some of the most memorable riffs I wind up hearing any year.
Having said that, I have to be perfectly honest and say that this record did not wow me. Maybe it was my fault for expecting this to be great on its own, but there really weren't too many moments on this record that hit me with the same power that previous albums have. It kind of surprised me at first, and continues to this current moment, that while I was listening to this, there really weren't a whole lot of songs that hit me and made me want to move or a whole lot of riffs that stuck with me after the album had passed. It's kind of weird because the band haven't really changed their formula too much on this record compared to their previous ones, it might be slightly more melodic, but it just doesn't feel as powerful. Now don't get me wrong, I'm not saying this album is bad or anything like that, but it just didn't deliver the goods like I expected. I do realize that me saying things like this will have fans (who happen to read this) crying out that I'm not giving the album much of a chance or that I just need to listen to it more. I'll give them both of that, but thus far, after four listens through, it has yet to grow on me anymore than on my first listen through, I'm sorry to say.
As much as I do enjoy the first half of the album, I actually found that the last half of the album was where most of the tracks I tended to favor resided. Tracks like The Gift of Guilt or Pain Is A Master deliver something a little bit different than what I expected, and while they're aren't nearly as heavy as other tracks, they're far and away more interesting to listen to. I will give it to the band that they probably released the best interlude track I've heard for some time with The Wild Healer. While nothing stellar happens within its short time span, it's interesting enough to keep my attention, as well as others, and not manage to just be some random piece that makes a listener want to just skip over it. Also, and I'm not sure how others feel about this, but I actually enjoyed the increase (or what seems like an increase) in clean and clean-ish vocals on here. The two closing tracks on here feature some of the most melodic vocals Joe Duplantier has ever delivered, and I for one wouldn't mind hearing more of it in the future.
Overall, I was let down by this album as it just didn't deliver enough of what I wanted and did deliver enough of what I didn't expect either. It's certainly no failure, but it does not live up to the band's last two full-lengths in my opinion. Still worth checking out if you're new to the band (if you're already a fan you'll check this out regardless) but just know that there's better material out there.
Overall Score: 8
Highlights: Liquid Fire, The Gift of Guilt, Pain Is A Master
Posted by maskofgojira at 11:45 PM