Last year I guess you could say that I had a revelation and found the joy of finding screamo and post-hardcore bands that weren't "mainstream" and were actually good musicians. (All are reviewed from 1-10) 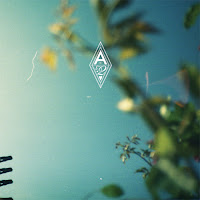 Forgive me for not knowing about the post-hardcore scene from Portugal, but I was surprised to find that there were bands actually playing this style from the country. As soon as I pressed play on this record, I cringed at the vocals. This is not the sort of band that has a whole lot of high-pitched screaming and noisy instrumentals that sound like they were recorded in a garage, this is pretty cleanly produced post-hardcore with some of the weirdest sung vocals I've heard in a good while. I'm not saying the vocals are bad, but they're certainly odd and I could certainly see others thinking that they're annoying(at least to me anyway). Musically, the instrumentalists are all capable and bring a pretty melodic and clean-cut style to the album. It really isn't all that intense or aggressive, preferring the more melodic path when it comes to songwriting, which is fine, though it does lead to a lot of lack of variety near the end of the album. I did find that some of the bass-lines on here were quite good though, actually being a lot more memorable than any of the vocal lines. I'm not going to pretend that I wasn't irritated by this album, but it was in no way terrible. If you happen to enjoy more melodic forms of post-hardcore, this might be for you, it just wasn't for me.
Overall Score: 6
Highlights: Stories Over Miles, The Whale, Said & Unsaid 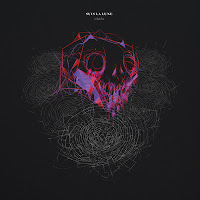 I can't say that I was too familiar with Suis La Lune before hearing this album. I think I might have heard a review of it on Youtube, but I honestly can't remember, though I recently did hear that it was one of my favorite reviewer's favorite albums of this year thus far. Nevertheless, what makes this album worth hearing is that it does screamo and post-rock well. Much to my surprise, quite a few of these songs have a twang to them that I can't remember hearing in a whole lot of post-rock (it might just be me) but that really caught my attention and made my ears perk up and pay attention. I feel that these are probably some of the best constructed post-rock-esque songs I've heard in a while, and I'm really shocked at how unique the band manage to sound on here. It's screamo and its post-rock, but there's just something about this that I can't say I've heard before. The musicianship is really above par, with the guitars interweaving harmony and chaos seamlessly on here and the bass and drums actually giving the record more than just a backbone. The vocals are the closest to traditional screamo bands, which provides an interesting and cool opposition to the clean and smooth instrumentals backing them up. Definitely a welcome surprise and I definitely recommend this.
Overall Score: 8.5
Highlights: Stop Motion, All That Meant Something, One and All, Every Bit

The Saddest Landscape - After The Lights (2012) 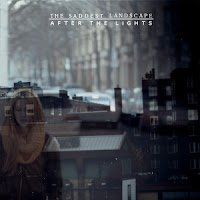 This one might be a little surprising to some, screamo you might be able to tolerate, but emo? But despite whatever you may think about emo music, this is a band that has very little to do with emo "mainstream" music, and is emo in every way that is good. What makes this emo, and will be the thing that will be the biggest hump to hurdle when listening to this record, are the vocals. Andy Maddox's vocals are certainly a pretty off-putting aspect to the band that did put me off when I first heard them a couple years ago. Like the other performances I've heard him give, he's incredibly passionate vocals give you quite a bit of variety, though nothing is ever consistent, from your typical screams to something approaching an emotional breakdown, his voice falters but you can always feel the intensity in his voice. Musically, this one is a bit more melancholic than their 2010 album, You Will Not Survive, was, but is also more melodic as well. The music is very abrasive and almost spastic in some cases, but not all that distorted; and there are various transitions into the realms of post-rock, not that that's new to the band, but it's all about the dynamics displayed in these songs, which allow this record to feel a whole lot less pretentious than I think it could have if the band had stuck with a more straightforward screamo/post-hardcore style. Overall, it's a good listen, and pretty engaging if you can get into it.
Overall Score: 8.5
Highlights: This Heals Nothing, When Everything Seemed to Matter, Desparate Vespers 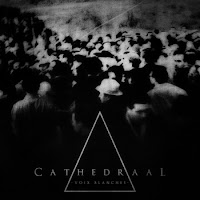 Of the four albums being reviewed here, this one is without a doubt the most metal influenced. That's not to say that this is a metal record, but there are clear traces within some of these songs where influences coming in from the likes of Neurosis, Isis, or really any post-metal or experimental form of sludge to be honest, could be heard. Both the heavy bass (as in bass guitar and guitar) and screamed vocals bring back fond memories of when post-metal could actually bring intensity as well as dynamics. Though the album still has plenty of moments that bring to mind the screamo ideas as well, it might not be enough to appease a typical fan of the genre. I'd say that the most "screamo" thing about this record would be the passion with which the music and vocals are performed with. Like I just said, the intensity is something that I don't hear in the post-metal/atmospheric sludge style all that often and this record manages to bring that passion that allows each song to feel like it's the band's last. I'll also say that this record manages to convey a lot more positivity than most metal records as well. But in the end, the aspect of the album that is the most beneficial winds up being the fact that it's actually quite dynamic. You have your brooding and sludgy tracks, your more upbeat screamo ones, and ones that reflect pretty melancholic post-rock, but it's put together in a way that somehow works.
Overall Score: 8
Highlights: En Crimée, Dieu Ne Croit Plus En Nous, Des Noms Sur Des Valises


Posted by maskofgojira at 4:50 PM