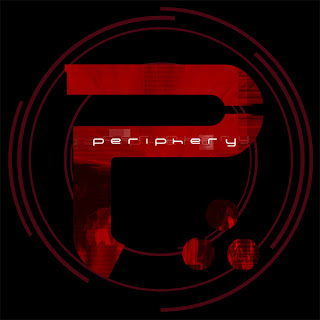 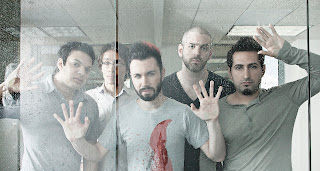 I honestly do try to avoid putting certain records over other just to try and keep things fair and whatnot, but even I'm prone to get excited about certain records. I'm aware that most of the people I've made connections with aren't exactly fans of djent or Periphery, but I am a big fan, and I've been looking forward to this record. This is easily one of my most anticipated releases for this year.
I'll get right to the point and say that I am a Periphery fan. I know there are probably a lot of people who read this site who aren't fans of djent, modern prog-metal, or tech metal and more than likely hate Periphery based on the fact alone that they pretty much fit into all of those categories. I am a fan of those styles anyway, but I'll go ahead and say that when it comes to djent and modern prog-metal Periphery are near the top of the heap in my opinion. Whether it's just crafting a sound that is unique even compared to the legions of bands and projects that followed them are were influenced by them, they still stand above them both in songwriting, quality of material, and the overall sound itself. On their self-titled debut they were smart enough, I'd say, to create a sound broad enough to allow them to do a lot stylistically without really abandoning a core sound, so they could do everything from super technical material, more groove heavy songs, and then more straightforward melodic stuff as well. I thought they succeeded in that regard on their debut but on here we do have the band developing their sound into something a little different.
While all the above elements are still very present in here, this is a much more developed effort. As many have commented based on songs like Scarlet and Make Total Destroy being released, the album is not as heavy on the use of djent as it was before. It's still there, for sure, but the band have upped their melodic edge and really made an album that sounds more like a prog record than a djent record, if you catch my drift. It's far more melodic, both instrumentally and vocally, which brings me to my next point, vocalist Spencer Sotelo. While I thought he was good on the band's debut, it became obvious on the Icarus EP that he was improving and growing as a vocalist, which is always a good thing, but he has really come into his own on this recording. Both his growling and clean singing have improved enormously since the debut two years ago. While his growls are definitely good, I think I enjoy his cleans even more. I think he has a great sense of melody and throughout the album he just hits some of these parts out of the part it's ridiculous. I know there have been comparisons to Rody Walker from Protest The Hero, which I understand, though the two are obviously taking different approaches to both the music and how they sound over it. Personally, I would say that Rody is more over the top on purpose, while Spencer comes off as a lot more natural sounding.
I've been aware that the band had planned to record two albums, this one and a concept album, which from what I understand is still in the works. With that being said I was actually really impressed with how cohesive they made the album. Throughout various tracks, you'll hear repeated lines from opener Muramasa and repeated guitar phrases, which is something I thought they might do for the concept album, but the way it's used on here, I think, is really well done (I am aware that this is starting to make me sound like a kissass by the way). I also really enjoy how diverse they kept the album, it's keeps in line with the last album by allowing the diversity in songwriting to mold an album with a lot to offer. Whether it's the overt djent of Make Total Destroy, the big melodic anthems of Scarlet or The Gods Must Be Crazy!, or even a ballad Erised (my personal favorite on the album), they've made it so that, within reason, if you don't like one style of song, you'll probably like another. With all that being said, I have to say that probably my biggest problem with this album is the fact that the band intended to make it feel like an album, which I like, but they put together these electronic bits at the end of some tracks and some of them are just way too extended for my own taste. I don't need to hear a minute and a half of electronics at the end of FacePalm Mute or two minutes worth at the end of Ragnarok no matter how well it connects the songs together.
I realize that this review probably comes off like less of a critique and more like a crazed love cry, but I can't help what I like. I do think this wasn't as immediate as the debut was, but I think it did turn out even better. I highly recommend this if you haven't already heard this yet. If you dig modern prog metal, this is a must.
Overall Score: 9.5
Highlights: Every Track Is A Highlight
Posted by maskofgojira at 9:11 PM