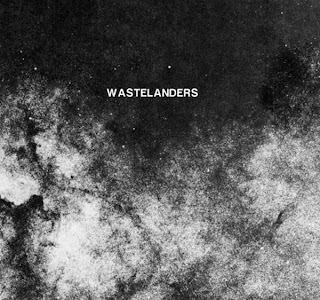 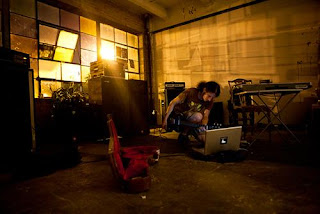 I don't know how someone like me has become able to cover drone, as up until only two years ago, the only bands I really knew about were Sunn 0))) and Earth. I'm not complaining though, I guess I've been rather fortunate to only hear solid to really good drone albums in these few years and so for that I'm only grateful. Though I wasn't really into the name of this project (sounded like a noise rock band to be honest) when I heard the music I was more than game to listen further.
There have been quite a few drone, noise, and ambient albums I've been listening to in the last couple of weeks (which either have already been posted or will be posted soon) and I have to say that this is one that I kept finding myself return to. The somber, but very straight-faced sort of drones that make up this album are very calming, almost relaxing at some points, and I haven't really found an album like that that managed to draw me in and keep me engaged like this one has. There are definitely still some noisy moments on here, but the majority of this release is slow moving ambiance driven music that just sort of glides more than it hammers, if you catch my drift. I'd totally understand it if someone told me that they could fall asleep while listening to this album because, honestly, it's not an album that's going to just reach out, grab you by the collar, and make you listen to it, you have to take the time to look and listen deeper. It's quiet, for the most part, and dreamy, I wouldn't even say that "it's music to fall asleep to" is bad at all, at least in this case.
The first half of the album dwells more in the realms of your typical dark ambient-esque drone with traces of noise hiding below the ambiance, but the second half, or the last two tracks, however you prefer to look at it, brings more of the chaos out into the forefront. I see all sorts of cool album titles and titles that suit the music on it, as well as plenty that are just sort of, "that's the title of the album," and nothing more, but seldom do I find/hear an album that manages to actually work as a whole with the artwork and have a title that works. The sounds on this album very much reflect what I could assume floating endlessly through space might be like. The early tracks are the peace of mind, the beauty of the stars and planets all around you, the solitude of nothingness and everything, while the later and longer tracks are the crushing solitude of the void swallowing you as you drift further and further into the blackness. By the end of the journey, you find yourself emerging on the other side (make of that what you will) and being taken over by an overwhelming sense of calm. That closing track, The Crossing, definitely ranks among the most beautiful tracks I've heard in a great while and is one of the few that manages to bring in a more jazzy style to the album. The almost minimalist post-rock-meets-free-jazz approach that the guitar is used on this track really just shows another side to the album, perhaps a more accessible one despite being the longer track on the album while the percussion is simply hypnotic.
It really is one of the better albums of this style that I can remember hearing in a long, long time. As of right now, I doubt you'll be able to find another album that is quite like this one, it's diverse without overcompensating for being an ambiance based drone album. I do believe this is a truly beautiful album that I'm hoping drone and ambient fans, maybe even post-rock and jazz fans, definitely check out.
Overall Score: 9
Highlights: The Beginning, The Crossing
Posted by maskofgojira at 5:45 PM