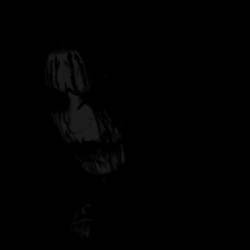 Screaming Alone In The Dark.

When Mine Eyes Blacken is a depressive black metal project from New Zealand. This is, in other words, a one man band formed by Mort. This is not his only depressive project out there, but it is one of the ones with better quality.
Like I already said, this is one of only many projects. His other "bands" include: Exiled From Light, Beyond Light, Serpenthrone, Winds of Sorrow, Schizophrenia, and Einsamkeit. Like what was stated above already, they all play a form of the same type of music found on this album, depressive black metal.
Nothing on this album is particularly different from other DBM bands, but the overall sound of the band is a little bit more "metal," so to speak. What this means here is that there are moments of more traditional black metal in the songs. Beneath Pale Stars showcases this by using more traditional double-bass work on the drums and more tremolo picking. While this is not all that impressive in the long run, it is a little bit more metal than some bands in the genre.
The drums on the album are probably what makes this album a bit different from others putting out similar work. The drums here exhibit more fills than 90% of the bands in the same genre do. This breaks up the monotony of a record like this, which prides itself of more repetitive cycles of melancholic guitar parts.
Most of what you will hear from the guitars is very clean and sorrowful on here, the entire opening track, Secluded Within Sorrow, Solace Awaits, is done in this format. While Beneath Pale Stars has more distortion to it, giving it a little more edge than the rest of the songs. But the guitars on here are mainly used like in other bands of the genre, to create a hypnotic type of vibe and a dark atmosphere.
The vocals on here are probably similar, if not the same, to what you'll get on another record by similar bands. The majority of vocals are shrieks that have a lot of reverb on them, making them sound all distant and creepy to people who don't know about this style of black metal. The vocals don't vary themselves a lot, you might have some screams or murmuring/speaking/talking within this record but that's about as varied as they get.
The lyrics from what Mort is screaming about, if you can understand them, isn't all that bad considered to most of the bands within DBM. The lyrics don't really go on and on about this guy wanting to die or commit suicide or kill other people, he isn't even really complaining at all. Most of the lyrics on this album are almost poetic at times, yes they are dark, and depending on the person, depressing, but they feature a tone and phrasing to them that many "bands" don't have.
The songs on this record are long in length. Featuring only 4 songs, 2 of them exceed 10 minutes, one going just over 20. Depending on the person listening, this could be good or bad, those who enjoy longer songs could easily find themselves entranced by these tracks, while those who don't will find these songs to be boring and monotonous.
Overall, this is not the worst DBM album ever made, but it's not the best. Those who do enjoy the style will find points that stand out more than others and points that are more obvious to them than me. If you're a fan of this genre, you either probably already have this or should check it out, if you aren't a casual listener of this style, this would be one of the better ones to take a look at.
Overall Score: 7
Highlights: Beneath Pale Stars, Within Deaths Embrace
Posted by maskofgojira at 11:22 PM