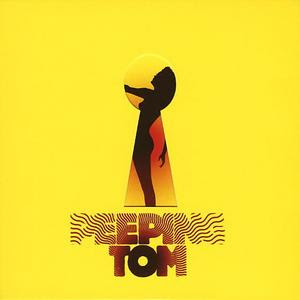 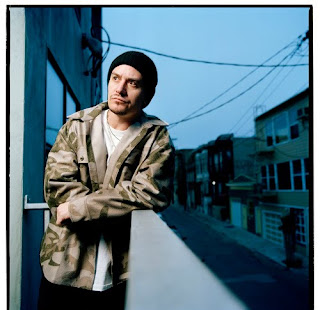 Avant-Pop For You to Love.

Peeping Tom is a pop rock band under the direction of avant-garde musician Mike Patton. While previous bands have explored mainstream explorations, Faith No More, avant-garde weirdness, Mr. Bungle, and straight-forward heavy rock, Tomahawk, Peeping Tom is much more accessible than any other project. This is an album full of collaborations.
Peeping Tom explores Patton's fascination with pop music. The overall style of this record is still very avant-garde in the way it combines elements of pop, hip-hop, alt. rock, trip-hop, dub, and more mainstream music together seamlessly. Fans of mainstream might have a little bit of trouble listening to it just because of everything going on in these songs.
The first track, Five Seconds, features dub and hip-hop artist Odd Nosdam on it. This song is pretty trippy sounding. While the main sound is very much a rock riff, the pattern that it follows is much more seductive. The subtle hip-hop beats that underline the whole song give it that sexy vibe that this whole record will follow.
The second track, and single, is Mojo. This track features beat-boxer Rahzel and hip-hop producer Dan The Automator on it. This track is catchy and simple, being fairly straightforward sounding with a hip-hop beat underneath Patton's signature vocal lines. Rahzel provides the beats with a more human approach to his beat-boxing changing up the beats for each section of the song.
Don't Even Trip is the next song. This song has a lot of elements of trip-hop and ambient music to it's sound. Featuring trip-hop master Amon Tobin, creating very trippy beats and bass lines that compliment Patton's melodic singing on this track. Though this track is almost 6 minutes, it is one of the catchiest songs on the record.
The fourth song is Getaway, featuring rapper Kool Keith. This song features Kool Keith in lead rapping vocals while Patton comes in mainly for the chorus and bridge. It is a very dark, more hip-hop oriented song with an almost 60's mob soundtrack-esque vibe to it.
The next track is Your Neighborhood Spaceman, featuring Odd Nosdam and Jel programming it. This track bring a lot of dub and hip-hop influence to the track. Though still very straight, this track moves through a more dub-step feel into a very ghetto hip-hop vibe almost like a tape-cut.
Kill The DJ is the next track, featuring Massive Attack. This track obviously sounds like a Massive Attack song due to D and G's assistance on the track. Mike Patton is not on lead vocals on the track, providing only the lead chorus and several other lines throughout the song.
Caipirinha is the next track, featuring bossa nova singer Bebel Gilberto. This track is very different type of song, owing a lot to lounge music. This could best be described as a duet between Gilberto and Patton. The track is very low-key, never really breaking out until it's chorus.
The next song is Celebrity Death Match with turn-tablist Kid Koala. This is the track that sounds the most like Patten's past work in some of FNM, being very reminiscent of rap-rock vocals with a hip-hop backdrop. Being a contrast to the last song, this track is louder, reminding us of old-school, west-coast rap and hip-hop.
How U Feelin? is the next track. This song features rapper Doseone with Patton on vocals, and reflects his dark hip-hop style. Nothing special compared to previous tracks, but is still entertaining and doesn't go on for too long, being under 3 minutes long.
The next song is Sucker, featuring Norah Jones on vocals with Patton. This track is one of the best, with a very sexy chorus and subtle dub beats under their vocals. This isn't too long, ending before it gets overdone.
The final track, We're Not Alone, is a remix of Dub Trio track that Patton guested on a few years before this album was released. This track is the heaviest song, being more alt. rock driven than any other track, featuring some more aggressive vocals by Patton. Though not an original Peeping Tom track it is still a very good track.
Overall, this album should appeal to Patton fans and fans of more mainstream music. Fans of "sexy" music will find the beats on here precious and subtle without being overpowering. There is a lot to find good about this record.
Overall Score: 8.5
Highlights: Five Seconds, Mojo, Don't Even Trip, Your Neighborhood Spaceman, Sucker, We're Not Alone
Posted by maskofgojira at 1:47 PM