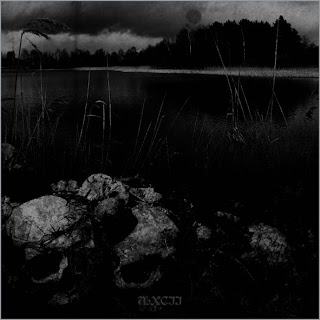 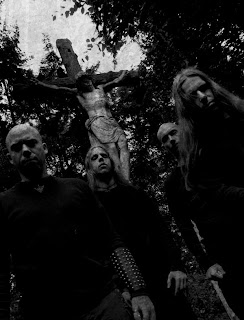 The Darkest Reaches of Your Soul.

Gorath is a progressive black metal band from Belgium. Over the years and consecutive albums released, Gorath has become more and more progressive in terms of the musical expression, but also bleaker. "MXCII" perfectly demonstrates this darkness.
This entire album bleeds a black metal aesthetic performed in a similar way to a band like Mayhem, who have always been black metal, but never sound the same. The riffs on this record are more mid-paced and groovy than on previous ones, but gives the atmosphere a darker tone to accompany F. Dupont's vocals. Some the overall tone and vibe of the record might not be as aggressive as many fans may have thought it would be, but this style lends itself to being performed live. Much of the music has small breaks, like seconds, that would lure people into cheering when this is being played live, only to go back into a cool riff.
Another thing fans might not expect on this record is the different pacing changes that goes on throughout the record. From more mid-paced black metal grooves will stop and give way to a more tribal drum pattern, found on Doed Over't Galeveld. The only song to feature a more black metal structure is the middle and instrumental track, Do Ut Des, which is also the shortest track, this really seems to be a more traditional lead into the next track, the blazing Godsgerecht Geschiedde.
The drums really make this record stand out among all these other bands coming out now that play progressive black/death metal. B. Vanderheyden's drumming on this record is really incredible sounding. The amount of different fills he fits into his drumming without making it sound, or look, like he's just showing off his skills. Different cymbals and small fills with the toms really make you listen to the drums a lot more than an average listener might.
The leads played on this record aren't really what a fan might recognize as a lead at first, but listening will reveal some cool soloing. Some use of mid-paced guitar playing allow the lead guitar to play some slower, more melancholic soloing. Even the lead parts that accompany the rhythms are still chilling and feel ice-cold compared to other band's constant, non-stop, tremolo picking.
Godsgerecht Geschiedde and it's follow-up track, Heidewake, are more traditional sounding black metal songs, when compared to the rest of the tracks. These two tracks do have things that make them stand out though, mainly their structures. Both of these two tracks start off ripping and fast, but gradually slow down and then build up again into the aggressive side. But what separates these two tracks from each other is that Heidewake has a more depressive black metal ending to it, with dark howls that bring to mind early Shining.
The final track, Gesta Sacti Servatii, is the longest song Gorath has ever released, topping 10 minutes. This track moves through everything on this album so far, from more mid-paced riffs to eerie leads, progressive introductions into fast black metal phases. This track also contains the only "real" guitar solo part on this record and demonstrates a definite prog-influenced melody inside of itself.
Overall, this record is very cool and any black metal fan would find this a good listen. While maybe not as intriguing as their previous record, "Misotheism," this record contains the darker edge that that record didn't contain as much. This record is Gorath honing their abilities and sharpening their craft, meaning that these songs are meant more for a live setting.
Overall Score: 8.5
Highlights: Tombeveld, Doed Over't Galgeveld, Godsgerecht Geschiedde, Gesta Sacti Servatii
Posted by maskofgojira at 9:46 PM