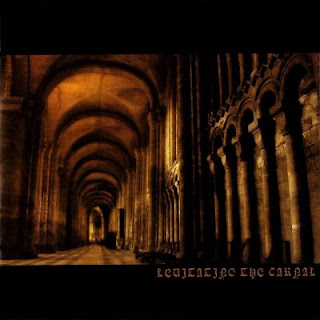 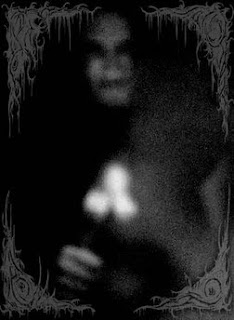 Moving Through These Empty Halls.

Elysian Blaze is a blackened funeral doom band from Australia. This band is actually a one-man band under the control of Mutatiis, who performs everything on this record. Though it is just Mutatiis, he has crafted some of the most original albums of the new and flourishing style.
This is the second album released by Mutatiis under the moniker of Elysian Blaze. Having only been released one year after his debut, "Cold Walls and Apparitions," this new album contains an even darker and more gloomy sound than the one that was found on the previous record. This album is one that just pushes you down and down into a cold depressive state.
This album contains only 7 tracks, yet is over an hour in length. Almost every track on this record is over 10 minutes, with only the opener and closer tracks being under 5 minutes. This can be a bit exhausting due to the length of each song and the nature at which the song will travel.
While the overall sound of the record is most definitely black metal, the more doomy elements are intertwined with these more traditional moments. This record moves at the speed of a black metal record from the 90's scene, almost mid-paced at most points, but speeding up or down after short bursts. This can be useful in just entertaining yourself whilst listening to a single song since they are so long.
The more funeral doom elements are due to the use of heavy and encompassing reverb. This record is practically drowning itself in it's own atmosphere. The use of such a dark and massive sounding atmosphere creates a cavern-like vibe to this record, feeling as though one is simply watching this guy perform all of this from the top of a cliff, while he is stories below playing it.
The use of keyboards gives this album a different feeling. While the keyboards on here are played in a traditional use, for the doom and funeral doom style, they add a new layer to this dirge of an album. The keyboards are usually played in a piano/organ format while being somewhere between the guitars and the monolithic atmosphere. So the keys and their effects can be a little off-putting due to how up-front they are in the mix.
Vocally, Mutatiis is not doing anything on this record that you've haven't heard from other one-man bands in this field. Most of the vocals are screams with the occasional spoken section, but it's nothing special. The vocals only add a sense of darkness that cannot be expressed in the music by itself in an instrumental form, and that is what the vocals do on this album.
Sigh of Night is an interesting track due to it being the shortest actual song on here, being about 10:30 in length. It showcases more of the doom style being very slow in nature and featuring some cool keyboard work. But what makes this track stand out is it's use of ambient music experimentation. While about half of the track is metal, it shifts into a hypnotizing ambient piece. This adds to the complexity of this recording as well as to the building of the music's atmosphere that will be expanded upon the follow-up track, Eclipse.
Beyond The Shape of Mortality is another track that changes things up. Being the longest song, at about 14 minutes, it moves across all the areas in Elysian Blaze's sound. From the ambient setting of it's simple beginning, to the funeral doom portion of the dreary piano that gently plays throughout the track, to the black metal aggression, to the doomy atmosphere, this is everything that this band is and has done within this boundary up until now. What really makes this track stand out though, is the use of the piano. Using this instrument in an almost neo-classical way really changes this track for the better and makes it much darker and easier to listen to in it's entirety.
Overall, this record has it's rare moments of beauty and multiple moments of aggression and depression, but that's what makes this record different from it's piers. This album is for people who like a dark atmosphere in their music and can tolerate long songs. While this may not be a stand out record or a record that defines the genre, it does have a sound that many people are unfamiliar with before listening to this album.
Overall Score: 7.5
Highlights: Macabre By Thy Blood, Sigh of Night, Beyond The Shape of Mortality, Levitating The Carnal
Posted by maskofgojira at 3:14 PM