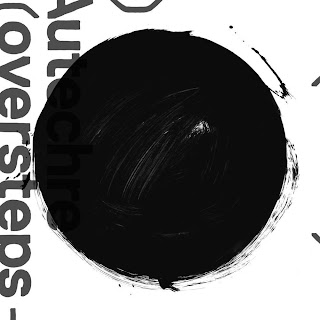 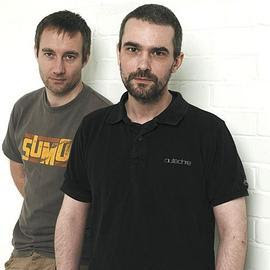 Autechre is an electronic duo who started back in the late 80s and are still going. Being one of the founders of the IDM, Intelligent Dance Music, has lended them the ability to experiment within electronics's boundaries while utilizing many different styles. This ability has made Autechre stand out as one of the genres most forward thinking artists.
"Oversteps" is some new territory for fans of the band. Unlike the previous release, "Quaristice," this album features some longer tracks and a much more atmospheric vibe. This adds to the minimalistic approach that is taken on this album, as was on the previous one as well, but more so on this effort.
In addition to the use of a larger atmosphere, the use of more drum and bass, new age, and ambient music can be seen throughout the record. Ilanders feature some of the classic style that Autechre has done in the past mixed with some more glitches than found in the past. While pt2ph8 is one of the most ambient influenced tracks on the album, with a very rich mixture of more trance-like beats over ambient atmospheres.
New age influence is spread out across this whole album, from top to bottom. Though one could argue that this could be an influence from chamber music as well, it adds that unique ambiance to the record. Compared to other albums by Autechre, "Oversteps" proves to be a little bit more easier to digest compared to "LP5" or "Tri Repetae" for example.
But the tracks that stand out the most on this album are the ones that more a little more experimental in nature. While all the tracks feature their quieter moments, it's the ones that maintain it that are the real entertainers. Tracks like See On See, that are very minimal on arrangements compared to a track like Qplay. While louder sections do have their place on here, like on Os Veix3, they don't carry the same sensibility that those quieter ones do.
Moments on this album can become a bit repetitive due to the minimal approach taken. Some tracks do seem a bit more like filler compared to others, and those tracks that don't will really stand out. You might find yourself skipping over certain tracks that get a bit too monotonous to get to the tracks that hold your attention a little bit better.
By far, the best track on here is Treale. Having a very thick mold of atmospheres and textures blend together over strings. The use of electric noise glitches coming in every once in a while also keeps your attention. As the track moves on, it gradually becomes more and more layered with additional string arrangements being placed underneath the dominant beats and melody.
Overall, this record is fairly decent. Though nowhere as good as some of their other releases, "Oversteps" is by no means a misstep for Autechre. This is still something worthwhile for fans of electronic music.
Overall Score: 7.5
Highlights: Ilanders, Known(1), See On See, Treale, O=0, D-Sho Qub, Redfall
Posted by maskofgojira at 2:08 PM