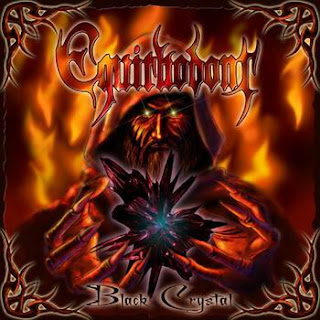 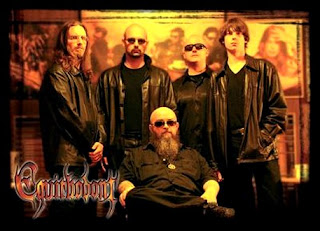 Equirhodont is the side-project of Jioi "Big Boss" Valter of black metal legends Root. Big Boss has explored prog in Root's more recent material but Equirhodont expresses more low-key styles of prog rather than the metal side. Showcased in this album you will find a distinct sound that has not been expressed in metal very often.
Being from the Czech Republic, this band does not get a lot of press. This can also be said for Root, who helped to define the black metal genre, but I digress. Equirhodont would be a band that many prog fans would come to enjoy if they had better press for their work. Having a more experimental and conceptual approach to the prog style gives them a little different vibe.
"Black Crystal," though coming from a black metal musician, is not very black metal. Most of the prog references that are used here come from the combination of prog-rock, ambient, trip-hop, post-rock, and psychedelic and symphonic music. Metal does comes into the picture, though some parts do have heavier points than others. The fourth track, The Way, is the first pure metal track on the album and leads into more of the metal side of the band.
When compared to Equirhodont's debut album, "Equirhodont Grandiose Magus," it is very clear that this album is nowhere as heavy. While the debut had an emphasis on a melodic prog style mixed with some of the black metal that is expressed in Root. This album, as already stated, is focus much more on melancholic atmospheres and subtle melodies taking the place of more constant heavy riffs.
Big Boss is known for his screams rather than his singing, which is what he does here. His clean vocal style brings to mind an almost Dracula-esque vibe due to his vocals almost sorrowful crooning. Since the music rarely becomes heavy, it provides the perfect atmosphere for this vocal style.
But throughout the album, there is a narrative that carries the whole record together. This moves the album along with the intent on continuing the story found on the debut record. Featuring the return of certain characters from that album, as well as the introduction of others, providing a different way of approaching this album.
Lost Nation is perhaps the best track on this album. Featuring all sides of the prog spectrum, it features a more metal backdrop, but the solo section in particular is what is impressive. Moving through three solo sections, it begins with a flamenco styled solo, then a typical metal guitar solo, and then a more traditional 70's mellotron solo. This track also features one of the best choruses on the record, that is not as apparent on a first listen, but the melody will find itself locked inside your head.
The final track, Blood and Punishment, is perhaps the odd song on the record. Moving from an almost prog-metal song into an almost a cappella and ambient moment then back into metal. This vocals particularly on this track stand out, due to their odd nature and the performance Big Boss gives. Being a mid-road between spoken word and gibberish at some points and more dramatic speaking or quiet singing at others.
While the band moves through different progressive moods, they always seem to keep a textural atmosphere that remains in each song. From a more Porcupine Tree-esque track like Power of Crystal to a more Spock's Beard-esque track My Father's Message, they move through different cycles of prog without sounding like they're just trying to be really eclectic. This carries through the mellower more neo-prog work to more extreme progressive metal songs.
Overall, this is a record all fans of progressive music should check out. There is nothing like this band out in the scene today and people will find a lot to like from this band. Whether it's the more neo-prog moments or the progressive metal moments, Equirhodont will be able to find a home in any progressive fan's heart.
Overall Score: 8.5
Highlights: Return, The Way, Lost Nation, Blood and Punishment
Posted by maskofgojira at 8:44 PM