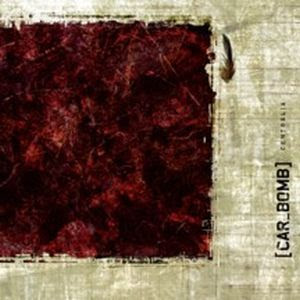 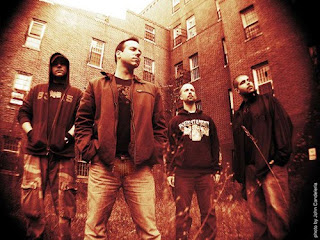 The Sound of Dogs Killing Kittens.

Car_Bomb is a mathcore/technical metal band from Canada. Roots point to elements of death metal, hardcore, progressive metal, jazz, and punk rock in their sound. From the squealing slides to the brutal growls performed, "Centralia" was the precursor to bands like Psyopus or Starring Janey Leigh.
The sound of this album sounds like what you might expect by comparing Car_Bomb to those bands, crazy and bordering on almost noisecore music. Riffs don't so much as flow as much as they just take that stop-start-stop again style of playing and make it much more jittery sounding. This is not something that you'll find yourself listening to everyday, unless you're pretty pissed about something.
Songs range in length on this album from the longest song, Best Intentions, being just 4:27 minutes to the shortest song, Rid, which is almost 30 seconds long. These songs also range from almost Dillinger Escape Plan, circa "Calculating Infinity," or Converge styled brutality and technical bombardment to more jazzy sections that lean towards a band like Lye By Mistake. But all of these elements can seem pretty much like they were pulled out of a hat at random due to sudden breaks in the intensity of the songs.
A bad thing about this album is that since all the songs are wildly technical and aggressive, the album can go by in a blur. The songs can sometimes just blend into each other with little time to even recover from the previous track. So with so much going on in a single song, you can be listening to one track, look at your music player and be 3 songs after the one you thought you had played.
Since so much goes on in a single track, it's very hard to find things that make one track different from the next. While opener Pieces of You features numerous slides through the entire song, Best Intentions features a jazzy mid-section where you can catch your breath. M^6 features a more hardcore influenced type of sound mixed with very wild, bordering on spastic, riffs that frequently use breakdowns.
About half way through the album, things change a bit. Where songs break out of the mathcore blender that were more present on the first half. Things change and things are added to give songs more, almost "experimental" sounds. Car_Bomb add some more simplistic riffs and breakdowns into the mix on a song like Cielo Drive, bring in a jazz influence on Solid Grey, and more singing on Hypnotic Worm.
The guitar playing is top notch due to all of the spastic playing that somehow still seems to have a sense of flow to it. But that could also be due to the playing of the drums, the only instrument that kind of keeps things together. If the drums weren't as technical as they are, everything else might just turn into a heaping mess of technicality and brutal breakdowns. The bass is more present in this mix that a lot of other bands, it keeps rhythm going while still giving it the ole' college try when it comes to getting it heard, and succeeds.
The vocals on this album are more standard death growls and screams. What makes them stand out a little bit is the little bits of Mike Patton he puts into them. Adding those little sing-y or spoken parts breaks up the monotony a bit with this style of music. This style is most prominently shown on a song like Hypnotic Worm, which features both the sing and spoken parts.
Overall, this record is more entertaining when you get about half way through it. This is more for fans of experimental, technically challenging music with lots of changes and breaks in it. For fans of this style, they'll get into it a lot faster than a fan of progressive metal, like Dream Theater, could.
Overall Score: 7.5
Highlights: Gum Under The Table, Best Intentions, His Eyes, Hypnotic Worm, Solid Grey, H5N1
Posted by maskofgojira at 2:45 PM