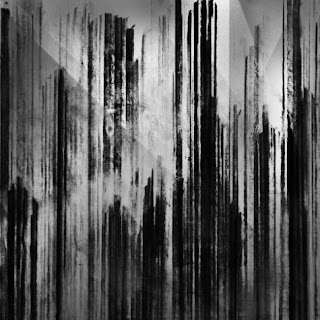 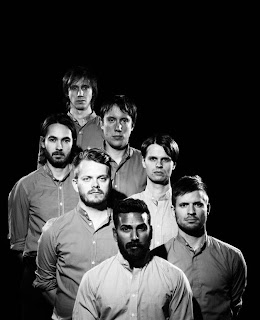 It doesn't feel as though it's been five years since Cult of Luna's last full-length album. I've been a fan of their ever since I first got into post-metal and have taken quite a while to try and digest this album. Even though this album has been out for quite a while now, hopefully there are still some people out there who haven't heard it yet and give enough of a shit to read this review.
As someone who has been a fan of CoL for several years at this point you would think I would have covered this album already, unfortunately not, but it's still relevant so I've still covering it. Too bad if you disagree because, and I'll just say it now, this is a great album. Unlike the heavier, what I would claim to be more doom metal sounding Eternal Kingdom from 2008, this album brings a bit more ambiance and a deeper, more resonant industrial tone to the band's sound. What I only found out recently was that this album was said to be inspired by the Fritz Lang film Metropolis from 1927, which I thought was quite ironic since at the point I am writing this review and listening to the album at the same time, I happened to have that exact film on as well. After finding that out, the more industrial tone definitely does seem to hold more meaning to the bleakness that the film exhibits for most of it's running time (granted the film is about twice as long as this album is). I definitely found the darker tone to sit well with me, considering I found, for all it's great ideas and concept, the band's last full-length to be a bit too claustrophobic given the style the band play. The production on this is a lot more roomy, with most of the instruments coming through clearly, while others come in and out when needed - as in the additional percussion or the synthesizers.
Obviously the biggest point of interest for this album though is the third track, Vicarious Redemption, which is nearly nineteen minutes in length. Now, even with a band like CoL who have released albums where there is always at least one track that is over ten minutes, I was somewhat weary of this. A track this long, for any band, is tough to pull off. Yes, I'm a fan of longer tracks myself, but having a song this extended definitely has to make some sort of progress and keep the interest of, me in this case, but in general the fan, for all that time. And nineteen minutes is a long time. But, as I'm sure you can guess, the band pull it off with aplomb. The eight minutes it takes to move the song from a slow, minimal crawl to a heavier and more metallic chug isn't boring in the least. Though the dubstep inspired middle section wasn't really my bag, what it leads into is easily one of the best climaxes on this entire album, and I would actually rank among some of the band's best in their entire career.
But that is not to discredit the other songs on this album. There is definitely a lot of interesting ideas on here, and if one thing had to be said about this band, it's that they certainly aren't lacking in ideas. Whether it's the straight-up industrial Synchronicity or the ambient noise that is used on the closer of the album on Passing Through, the band are always attempting to do something different. Even if the style is relatively the same, the sound on here is far colder and darker than on their last few records. Personally, my favorite record from the band, 2004's Salvation, tended to dwell within softer and more atmospheric realms that didn't showcase as much of the band's heavier side as earlier or later records would; and while this is by no means as gentle or moody a record as that one, I enjoy the more varied approach towards songwriting and sonic architecture that was used on here.
So yeah, nothing new here, I agree for the most part with what almost everyone else has said of this record - meaning it's great. There's a lot to love on here, from the various electronic and industrial influences popping up to the cold production to the strong builds, you name it. This is easily one of the best records I've heard this year - even if the closer is a bit weak.
Overall Score: 9
Highlights: Vicarious Redemption, Mute Departure, In Awe Of
Posted by maskofgojira at 6:06 PM