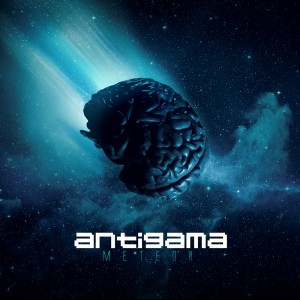 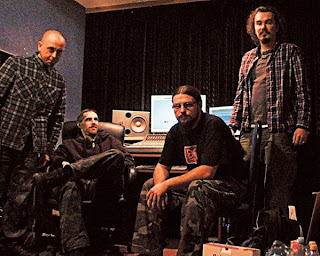 I've been aware of Antigama for a few years now, but were first introduced to them through the numerous glowing reviews of their 2009 album Warning. I, unfortunately, never got around to listening to that album - though I did go back and listen to both Discomfort and Zeroland for some reason or another. I was in sort of a grind mood recently so I decided to give this one a go.
Based simply on the cover art, I sort of anticipated that this wouldn't be the typical grindcore album, and I have to say that my intuition was actually right. Though to say this album isn't filled with a lot of blasting and grinding and all the things we've come to love about the genre would be incorrect. The majority of this album's running time is spent going through motions (but not in the bad way) that albums of this sort tend to do. The opening handful of tracks are really aggressive and direct songs that are certainly fun and have some quite enjoyable dissonant riffs scrunched in between all the grind. In that regard, it doesn't differ so much from the two albums I had actually bothered to listen to from the band that I mentioned above. These songs are direct and brutal, but as the album progresses, we do see another side beginning to emerge. This side shows a bit more of an industrial tone that I would say justifies my intuition.
I love grind as much as the next guy, but even I want bands to experiment and evolve in some fashion, and many grind bands don't really do that. Some bands can get away with not changing too much but merely improving on the traits they have developed over a long career, but even then, there are many bands that I find can do that all that well. In the case of Antigama, the band have appeared to embrace ideas from industrial and ambient music for this album, bringing in some really interesting tricks to this album. In terms of industrial influences, some tracks make more use of it than others, which is obvious, but I just thought that it was sort of cool how the band changed it up so the influence didn't come across as stale. Whether it's a more mechanical sounding riff or some space-age keyboards in the background or even some random effect that is just thrown in. They didn't let the influence get stale or sound too cheesy. Also, I just have to say that I love bands that are quirky and that weird ho-down moment in the middle of Fed By The Feeling just made me laugh and I loved it. It is also worth noting the instrumental "prog" track that is Turbulence that really threw me for a loop when I first heard it. It's without a doubt the track on the album that sticks out like a sore thumb with a spacy keyboard solo and a more mellow tone for the majority of it's running time.
So, overall I thought this was a fun little grindcore album with some cool ideas that really made it stand out from the many other records in the genre. Maybe grindcore purists might have a hard time getting into the more progressive ideas going on on here, but if you can deal with that, you'll be just fine. So, grindcore and death metal fans, do yourself a favor and give this album a listen.
Overall Score: 8
Highlights: Meteor, The Signal, Perfect Silence
Posted by maskofgojira at 12:45 PM