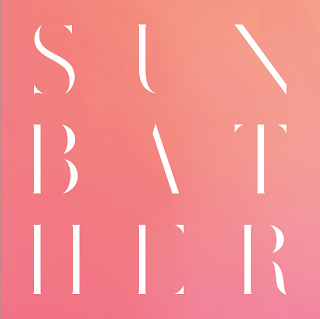 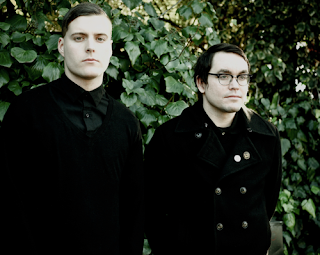 What can you say about Deafheaven that hasn't already been said by hundred of people already. Whether you believe they're hipsters playing black metal or one of the most exciting groups to crossover from black metal into the "mainstream", you have to admit that they at least get reactions from people. This new album has been highly touted by many respected blogs and zines so far, let's see if it is actually up to the hype.
Frankly, even since I first heard Deafheaven's demo I've been impressed with their work. Their combination of black metal, post-rock, screamo, and to an extent even shoegaze may not have been an original one, but it was a sound that they managed to make fresh with those first couple of releases. Praise has been heavy on this new album, with many people claiming it to be one of the finest releases of the year thus far. It's gotten to the point where I just started thinking that this album had to great simply because people I respected had been saying so many great things about it since Dream House first came out as a single a couple of months back. I didn't listen to the song back then simply in order to try and keep things fresh for myself. I wanted to see if I could avoid all new tracks until the album had been released in full so I could judge it based on the merit of the entire album, and now that I've been able to listen to the full album, several times now, I have to say that I was left rather unimpressed by it.
Now, make no mistake, I'm not saying this is a bad album, but for all the high praise that it's been receiving I just don't appear to have gotten it. Yes the band are combining the aforementioned elements and styles together again, as they did before, but the songs on here just feel a lot less interesting. What happened to all the dynamics? They replaced songs that went up and down with songs that went hard and then interludes that went soft (for the most part). I just don't get it, why do that for an entire album. Frankly, I think that most of the material on here is actually pretty forgettable. It's certainly not throwaway material - I have heard worse (this year even) - but for a band who was so impressive at writing these sort of songs that really did blend the above styles together in a way that made it appealing to fans of screamo and emo music as well as black metal fans (who weren't too caught up in their kvltness), these songs just feel so uninteresting. I get it, you want to go hard for an entire song, that's fine, I got no qualms with that, but I really don't want to hear this band go hard for nine-plus minutes at a time. After a while I just got bored. If anything, the thing that made me even return to this album was that the band actually managed to infuse this album with a brighter and more "beautiful" atmosphere. They create more uplifting melodies than almost anything else I've heard a "black metal" band create before and for that I'll certainly give them praise. It's more akin to post-rock than black metal actually, and that was something that I thought had improved for the better on here.
I actually found myself struggling to even stay interested in this album while I had it on. That's a huge problem when listening to any piece of music, especially one that makes it so obvious that each song is supposed to work as a part the whole. Most of this just felt stale and rather boring to me. Not bad by any means, but certainly not up to what I was expecting based on all the praise this thing has gotten thus far. In addition to all of that, as soon as this album ended (or rather, each time it ended) I found myself at a loss for what I had just listened to. I couldn't remember a single vocal line, guitar melody, drum pattern, or anything for the life of me. With all that being said, and I do realize that this review did come off pretty negative, but while this was on I did enjoy it.
So yeah, despite the mountains of praise that have been shoveled upon this album since before it was even released, I thought this was pretty average stuff. Definitely nowhere near that "album of the year" comment I've seen so many reviews make. It's certainly worth hearing this year, perhaps if for no other reason than to say you have actually heard it, but aside from that I can't really say much more in it's favor. Fans of any of the genres I mentioned throughout this review, you should give this a shot, make your own calls about it.
Overall Score: 6.5
Highlights: Vertigo, The Pecan Tree
Posted by maskofgojira at 8:22 AM