I've been sent various albums by BadGod Music over the last year (but have covered very little of it to be honest). I'm actually quite shocked by the rate at which their albums are released, but not everything they put out has really been for me so I decided to do this short little write up for some of their recordings. Hopefully this will turn you onto some new releases from an up-coming label. 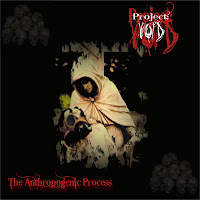 Honestly the whole concept of people doing black metal with power electronics is somewhat absurd to me. Most of the time the result is just power electronics with someone screaming over, or under in some cases, the noise, and honestly, it isn't something that requires a whole lot of talent to be able to do. There are dozens of one-man bedroom bands that do this (or funeral doom) and it really doesn't do justice to either genre. I would like to tell you that this album is a step above those projects, unfortunately I can't lie that this album was just extremely dull. Maybe I'm being a bit too harsh though because this is better than numerous other projects of similar style, but this was an album that did nothing for me. Whenever I put it on I found my attention drifting away to something else within the first couple of tracks on here. It's not like there aren't moments that show a side that is more interesting to this project, but the majority of the album is filled with rather uninvolving tracks that go absolutely nowhere. The reason groups like Locrian, Sutekh Hexen, or Gnaw Their Tongues work so well is because they don't sound like any other group, as mentioned before, this sounds very cookie-cutter for the most part. The distortion, noise, and vocals aren't anything you can't hear from another project, so that pretty much leaves the effects, and personally, I'm not all that into the electronic beats that are used on several track. Harsh I know, but listen at your own risk.
Overall Score: 5
Highlights: Ghosts, Anthropogenesis 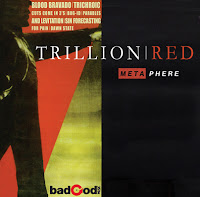 Trillion Red is an interesting little project who play some rather unique forms of metal. In a sense it's sort of like early Mastodon, it's like Yakuza, it's like Neurosis, it's like those post-metaly bands that actually managed to make some rather psychedelic pieces of music without coming off as pretentious or "progressive". The record has that very open sound (like if the band were playing alone in a giant hall) which perfectly suits the style that they presented on here. The music itself goes back and forth between moderately heavy parts and cleaner sections where, frankly, the more interesting work is done. When the music is cleaner, for some reason the tone of the music itself changes to a more trippy (I don't know if I'd go so far as to say it's psychedelic) sort of performance. It's sort of hard to describe, but I always imagined it to be the sound when you're ready to fall asleep but you're still very conscious - I know most people reading this are probably going WTF right now, but just imagine music set to state of mind and the result, I got, is this album's clean tone work. The heavy work is fine, but the tone of the guitar was just a little too thin for me when it was distorted. The vocals might not exactly be everyone's cup of tea, being performed in a sort of whisper-shout style, I didn't particularly care for, but the album is mainly instrumental so it didn't prove to be the huge problem that it could have been.
Overall Score: 7.5
Highlights: In Ever Loving Shadows, Cuts Come In 3's, Parables and Levitation 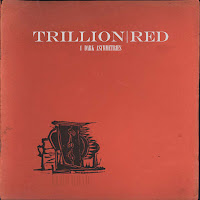 This four song EP was released a couple of months ago and I've been sitting on it for about as long. For my money, in comparison with the above full-length, this release is slightly more uneven. Even though the guitar play remains well done, to me it just felt like Patrick Brown was trying a bit too hard to make this album more experimental and weirder. Metasphere is sort of a repetitive opener that doesn't really go anywhere and Domptre Le Monstre is an ambient piece that doesn't really work in context with the other three songs on here. That leaves two tracks, Trillivm Red which is a decent instrumental piece that, while it is pretty aimless, does have some more dynamic guitar play on it. Closing track, Memoirs of The Future, is the sort of track that I wanted to hear from this release. It's a hulking eleven minute brute that is slow and brooding, recalling ideas from early death-doom and funeral doom releases surprisingly enough. It's certainly not the sort of direction I expected, but it has all the weight and momentum that the full-length brought in a more "stylized" form.
Overall Score: 6
Highlights: Trillivm Red, Memories of The Future

Posted by maskofgojira at 2:46 PM