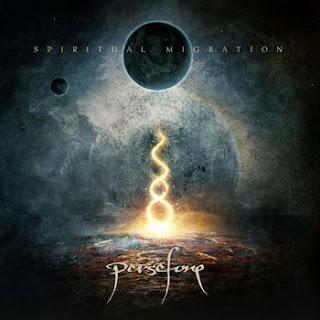 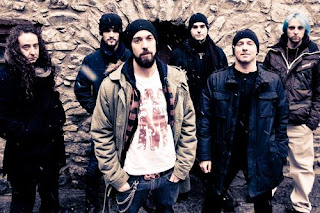 For all my waning interest in the whole melo-death genre, there are always bands that I return to, Persefone is one of those groups. Along with a handful of other bands, new or older, who happen to display a penchant for actually trying to try new things or exhibit great songwriting, Persefone has always done interesting things. This had to be one of the first melo-death albums I was actually excited to hear in a long time.
I think one of the reasons why Persefone is a band who I actually return to more than when they release a new album is simply down to their constant experimentation with their sound. While early records definitely demonstrated as much a love for the likes of Opeth and Katatonia as much as In Flames and Edge of Sanity their last record, and definitely this new one, has showcased a bigger progressive metal, and tech metal to a certain extent, influence. Similar lines of influence can now be traced back to Dream Theater and Cynic, and while that isn't wholly unique, the band retain their own personality when it comes to songwriting and their sense for dynamics. While most songs do tend to remain in a fairly aggressive state for the majority of their running times, the dynamics come into play more with how the band use their synth in the background and how those occasional cleaner moments are played. The band don't sound quite so much epic or atmospheric as much as they just create a tone through the synths and keyboards that is somewhere between the two points. Cleaner sections obviously provide a much needed breather from the more aggressive side of the band.
There's plenty of stop-start riffing that can come from modern metal bands, but I was actually impressed with how much the band relented from actually making that a fail-safe on here. When I listen to a lot of modern metal groups, whether they be tech metal or metalcore or melo-death or whatever, the stop-start riffing pattern has sort of become the go-to style of riffing when a band can't actually come up with a cool riff (I'm guilty of it myself) but it's so nice to hear a band that can actually craft riffs. In addition to that, as I mentioned above with the keyboards falling between that whole epic and atmospheric realm of things, they also never settle into the role of playing melodies for the guitars. I have developed such a distaste for bands who claim to be melodic and then have keyboards play all the melody while the guitar players simply chug away for minutes at a time. I'm not above chugging, but that doesn't make you a melodic metal band, it makes you a metalcore group who can't put in enough time to actually write guitar parts (or at least that's how my mind has come to see it). Keyboards on here, while predominantly placed in the background for the majority of the record, do have their time to shine, either through subtle little bells and whistles added to a section of a particular track, or through lead work. I also have to point out the variety of keyboard tones used on here which range from typical ambient textures to the more orchestral stuff and then the more electronic side of things which goes from actual electronic effects to sine/sawtooth keyboard solo stylings.
To return to the songwriting, it has to be said that this is easily the crowning jewel in the band's arsenal. For all the great guitar and synth work, the great and diverse drumming, crisp bass work, the nice dichotomy between the fierce screams/growls and more melancholic clean vocals, the band's songwriting is key to what has made them a band to be reckoned with. About half of this record is instrumental, and that, for many bands who are placed in the melo-death genre, can be a sign of lackluster songwriting material (since, let's be honest, how many melo-death bands actually go out on a limb and do instrumentals beyond intros, outros, or a short acoustic or electronic interlude). In the case of Persefone, they have definitely mastered their craft, as the majority of the instrumentals on here, the one-two pair that is the Consciousness saga sticking out in particular here, really stand up with some of the best stuff I've heard from the band, and from the prog-death/melo-death genre in years. Without the need of vocals, or simply resorting to solo-solo-solo formulas, the band produce two tracks that are really theatrical and expansive in style that only work to the album's advantage. Very few bands that have come from the background this one has have crafted such powerful tracks and have moved me in such a way.
Although I came into this album expecting good things, it far surpassed my expectations and really has become an album that I find myself returning to quite often. This is easily the best melo-death album I've heard in a long, long time - and I know I say something similar to that pretty much whenever I review albums from this style, but this one really sticks out. Definitely worth looking into (hell, go out and support this band however you can) if you enjoy progressive, melodic, and diverse sounding metal. I cannot highlight enough things about this record.
Overall Score: 9.5
Highlights: Every Track Is A Highlight
Posted by maskofgojira at 6:56 PM