That's right, I'm bringing back the split reviews! I got a pretty good response from this last year so I've been collecting, and receiving, some nice splits over the months since the year started and have finally started getting enough ones that I want to cover to start this section again. As always, these splits are reviewed from 1-8. 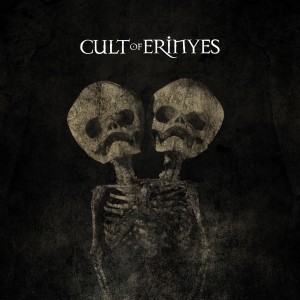 Starting things off is Cult of Erinyes who was a band that really impressed me with their Enslaved-ish debut full-length back in 2011, A Place to Call My Unknown. I was actually quite surprised by the direction the band took on the three tracks they contributed to this split. Unlike the more progressive tendencies that flourished on their full-length, and to a certain extent on their debut EP, Golgotha, these three songs are much more direct and traditional sounding. There's a definite death metal influence coming through on these tracks as well, which may contribute to the more straightforward approach the band have taken. None of the tracks were bad, but I do have to say that I was slightly let down by the frankness of the material. I was expecting something more expansive and progressive and this was another direction entirely. Before this split I only knew of Zifir through their artwork, which I had seen on several blogs and sites back when their previous two full-lengths were coming out. In comparison to the more polished sound of CoE, Zifir take a much harsher and rawer tone and deliver some more mid-paced black metal. While I came in not expecting much, I have to say I was impressed with what the band delivered in their four tracks. While I do feel as though they didn't quite hit every mark and aren't quite sure of themselves in some spots (their opener, Kafir/Heathen, could have easily been twice as long), I'd say they largely surpassed my expectations and delivered some very solid atmospheric black metal. I do have to point out that the production is pretty weak on these tracks though, with distortion definitely popping up where it shouldn't in a couple of spots. Overall, I'd call this a nice split with tracks that definitely show me a side of one band I didn't expect to see and expose me to another all together.
Overall Score: 7
Highlights: Hermitry, Sole Wrong

In the world of modern and upcoming black metal acts who are doing interesting things, Smohalla are at the top of my list. Since their 2011 full-length, Resillience, came out, the group has shifted their approach for at least this release. Instead of dense pieces that were compact and rather intangible slabs of symphonic black metal (done in the most interesting way I've heard it done in decades), the band takes a more direct approach on here. With songs that are undoubtedly more reliant on technical guitar play and shrieked vocals. While the orchestral elements are certainly present, you will find far more interesting, and catchy, guitar play on here than on the full-length. At times reminding me of the bout of technicality that was Njiqahdda's masterpiece, 2011's The Path of Liberation From Birth and Death. The flurries of notes that are spliced together symphonic and electronic backdrops while remaining strangely melodic and a lot more graspable than the material that was on their full-length. Omega Centauri are another group who I have been following for some time and have been equally as impressed by. Admittedly, this band is a lot less avant-garde and have always made use of disorienting and chaotic guitar passages over long synth based odysseys. The three tracks they contribute to this split, I would say, are definitely a lot more digestible than what was on last year's Universum Infinitum. While even I (man that sounds pretentious) found some of the tracks on that full-length to be quite hard to really grasp, the songs on here are much less difficult; and while they aren't exactly well behaved children either, the band definitely makes their riffing a lot less winding and caustic. Submission is easily the best and most memorable track the band has written to date, with some absolutely killer riffs that just stick with you (or me) long after the album is completed. I really don't have a bad word to say about the main tracks on here and my only real complaint is that this split does something that I absolutely hate and tack on two ambient bonus tracks to the end of Omega Centauri's Desuetude. I'm all for bonus tracks but seriously, I don't need the last track on an album to be extended to twenty minutes just so you can "hide" some extra tracks. These ambient tracks are fine, the don't really do much for me, but they're alright. I just really can't stand this stupid track extension thing though.
Overall Score: 7.5
Highlights: La Main d’Abel, Submission 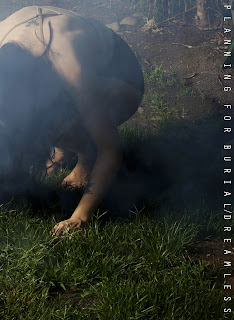 Coming from the standpoint of someone who doesn't listen to either of the artists that these projects are covering, I thought that the interpretations were quite interesting. Planning For Burial, a shoegaze project that I have immense respect for decided to cover two Chelsea Wolfe songs while Dreamless, a shoegaze group who I really enjoy, covered a Jewel song. To me that's weird, maybe not to them. The tone from both project's recordings is fairly similar, which makes the covers all the stranger to me. Planning For Burial takes both songs being covered and delivers them in this very minimal and raw way. The whispered vocals, softly strummed distorted guitar, and occasional organ tone ringing out all add up into two very unsettling covers. The guitar tone used on Sunstorm is particularly offputting in this case because of how bassy it is. Dreamless on the other hand approach it in a way that is both similar and different at the same time. They take this four minute folk-pop tune and just stretch it out into this drone-doom piece. The track is extremely daunting with distortion just seeping from the recording while similarly whispered vocals retain the melody from the original track. The droning feedback that closes the track is particularly unsettling. It's like the band gave you their version of the song and then decided to just keep recording the jam they were doing. Obviously when I say jam I mean they were blasting feedback at each other. So, the entire thing is unsettling and sort of creepy. This has already sold out so I don't think I need to convince you to buy this one but if you can find a download or find someone who can send you tracks try and do so.
Overall Score: 7
Highlights: Sunstorm
Posted by maskofgojira at 8:49 AM