That's right, time for another go at the latest batch of releases from EEE Recordings! This time the focus is on a handful of releases from two of the label's main priorities, Njiqahdda and Oaks of Bethel. All the releases listed below are EPs, so they are all rated from 1-8 as usual. 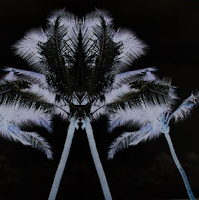 Starting things off is/was Njiqahdda's very limited EP for record store day. This two song release continues sonically where the band have been going with recent releases, meaning you can expect more melodic progressive rock from the first track, Alas, Pa-pi'-o, while the second track, Uluhe, brings things back down with an acoustic piece. When speaking of the first track, I hesitate to say that it sort of has a post-black metal kind of vibe going on with it's guitar sound. It isn't a particularly heavy or distorted tone which may be why it reminded me of build up sections that many of those bands do. The ending phase of the track in particular reflects this idea of mine by channeling some rather spacy clean guitar parts. In this way, I'd actually say this is a new sound all together, a middle ground between progressive rock and post-black metal (or just post-rock), but it isn't math rock. The second track, by comparison, is much more stripped down. As a simple acoustic piece, accompanied by vocals it doesn't stick out quite as much as the former track, but still manages to leave an impression simply due to it's haunting sense of minimalism. So, all together solid, hopefully you got your copy of this before it ran out.
Overall Score: 7
Highlights: Alas, Pa-pi'-o 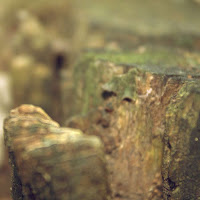 By comparison, this three track EP is a return to a more metallic form. With what has to be one of the strangest (as well as awesome) song-titles I've read this year, When The Badger Named The Sun proves to be one of the band's most fully realized melodic prog-rock tunes to date. The first half is pretty rocking but the tonal shift a little more than half-way through just shows how talented these guys really are. Yuku, the album centerpiece and it's longest track, returns to a more black metal style of tremolo picked guitars, moaned vocals, and interesting drumming. Frankly, this track didn't particularly grab me as much as I would have liked it to, after a while it just started to get a little to monotonous - though I have read some people have been using drugs while listening to this release, so that might enhance the listen if that's your sort of thing. Meanwhile, the closer Suawaka, on the other hand is perhaps one of the band's strongest acoustic pieces to date. I don't mean to discredit all the other pieces the band has done in the past, but this feels the most focused and song-like acoustic piece they've ever recorded. I recommend the bookends of this EP, but definitely give the whole thing a listen.
Overall Score: 7
Highlights: When The Badger Named The Sun 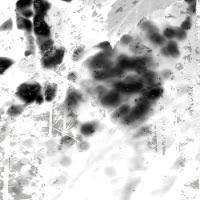 As the second part of the Disembodied saga, this forty-three minute epic really carries on in typical OoB fashion. Unlike the sort of krautrock tone of the first part, this new track is much more chaotic sounding with this roaring noise and distortion just creating this massive swirl in the background of the track. It's actually somewhat offputting because of how raw and aggressive this track in comparison to the first part, which I really dug because it felt like a new form of exploration for this project. I don't dig this release as much because of how prominent the background noise and feedback is in the track. It just seems to escalate as the track progresses, and while I'm all for noise and drone and whatnot, I just found this track to be a little more polarizing than what I'm used to from this project. It wasn't until the last several minutes of the track that I really was able to get into it because the guitar was finally emerged from beneath all the distortion that was hiding it.
Overall Score: 6
Highlights: Disembodied II 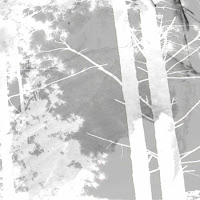 So as you might expect, given my more negative reaction towards the second part of this saga, I was hoping for something a bit more in the direction of the first part from this EP. What this track actually delivers is something quite different than I can recall, at this moment, the project ever doing. I realize some may not like this comparison but this is sort of what I see OoB sounding like when they go post-black metal or blackgaze. This track has a strange Alcest-esque vibe to it. The atmosphere is a lot brighter sounding, the distortion is not as pervasive as it was on the last part of this saga, yet it doesn't contain the more krautrock tone of the first part either. As soon as I heard the clean guitars that opened up this track I thought something different was going on but I didn't expect something as epic as this, and I mean that in the best possible way. This is honestly the best thing I've heard from the project since their last full-length, The Ghosts That We Are, back in 2011. This just feels fresh, it feels new, and it feels original. Here's hoping this project continues to explore and perhaps pursue this direction a litle bit more in the future as well, because, personally, I could listen to more this.
Overall Score: 8
Highlights: Disembodied III
Posted by maskofgojira at 11:24 AM