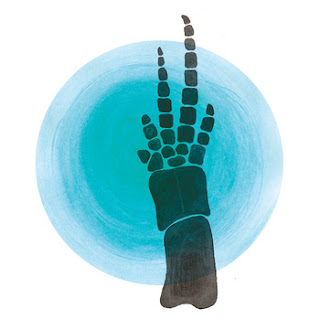 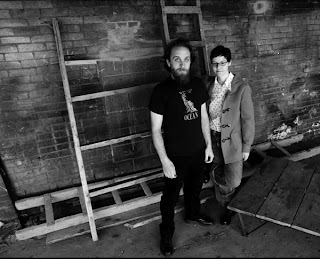 Over the several years I've been running this blog I have only covered one release from the prolific duo that is Nadja. That one release was their collaboration with Picastro, Fool, Redeemer, and I was not overly keen on that record. So, with this coming out on an upcoming label (Oaken Palace) I decided this would be a nice record to start covering the band again.
I will make no claim to have heard the majority of Nadja's extensive discography. The duo that is Aidan Baker and Leah Buckareff have been releasing material on a consistent basis for just over a decade now. From their many full-lengths to smaller splits and EPs to the collaborations with artists like Pyramids, OvO, Black Boned Angel, or the aforementioned Picastro, the duo have enough material out in the world to rival bands who have been going at it for more than twice as long. Not all of it is great, some of it is, some of it is alright, and some of it is fantastic, but I can only speak for myself when I say that fantastic has not been as common as of recently. I'm not even going to pretend that I was going after the recordings the duo put out in the last few years, but when I read a piece on this over at HSS I instantly knew that this was something that interested me.
The first time I pressed play on this record I wasn't sure what to expect. Just because the duo are bringing in a violinist and cello player, Peter Broderick and Angela Chan respectively, doesn't even mean they would be heard. Was this going to be a huge wall of droning, dreamy distortion like the duo's classic (and my personal favorite from them) Radiance of Shadows? Or was it going to be more of an orchestral type of piece with the two string players taking the lead from the main duo. Surprisingly enough I was blown away by how neither of my predictions were true. Well, maybe I was 95% wrong, there is a nice blast of distortion at the end of Drown, but the rest of this album is very, very restrained. It almost felt like I was listening to some sort of noir-ish jazz group play in a low-key club somewhere with the lights down low. All four players on here keep things very quiet and somber and very rarely go above a low drone, and when it does, hear the post-rock-esque climax on Wrapped In Plastic, it feels so seamless. Compared to all the other records that I've heard from Nadja, one could be forgiven for mistaking this as a whole new band entirely. The vocals are slow whispers that feel more like someone singing a lullaby to a child than any sort of singer one would associate with either drone or metal music. It's so quiet and morose I found myself actually focusing on the music more than just let it fall into the background, which is what I will usually do on the first few listens through an album.
In a way, this was just the perfect album to just mellow out to. After a long day at work or school or whatever, you can just put this record on, lay back in a chair or whatever, and then just let it wash over you. While listening to this, my mind was always so clear and I found myself constantly relaxing into my chair (or whatever I was sitting in). It's calming and delicate, which isn't a word I would typically associate with Nadja, but this was just something else. For the most part, the strings don't even come above the low-end drone that makes up the majority of these four tracks, but when they do, it really evokes a sense of mood and place. It feels like your floating on the ocean. That might not be for everyone, but whenever I finished listening to this album, I felt refreshed and in a good mood!
So yeah, I really wound up enjoying this one. I wasn't sure if this would be some sort of weird collaboration that sounded cool on paper but wouldn't actually work out, because Nadja has been a part of a few of those in the past, but this was really delightful (which is not a word I use very often). Not for everyone, but if you're interested in hearing some more low-key and drony sort of music, I'll definitely recommend this onto you.
Overall Score: 8.5
Highlights: Song For The Sea, Wrapped In Plastic
Posted by maskofgojira at 8:56 AM