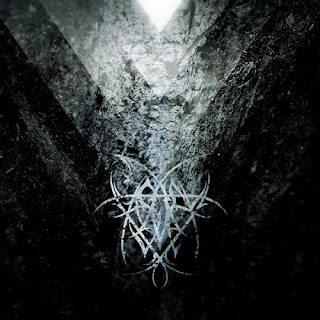 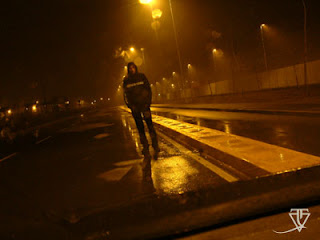 I have known about Asofy for longer than I think I've actually listened to the project. I first discovered the project back around 2010 when I cover a release from Sleeping Village and later found out that that project had done a split with Asofy (which is just the solo project of one of the members of that band). It's been a long time since I even listened to this band and when I got this album I was sort of taken aback before I remembered who it was.
In retrospect, this album picks up exactly where that split with Sleeping Village left off. For as much as I admire this project, I have to say that the early recordings were kind of... bad. I don't have a problem with the split, or even the rough around the edges of the Lento Procedere Prima Del Sonno EP, but the ebYm full-length was really a mess of an album. Sonically, all the albums have drawn from the same sort of wellspring of ideas, which seems to primarily result in recordings that are held within the blackgaze, post-black metal, and blackened doom genres. That first full-length featured an extremely raw production sound, with very noisy guitars and terrible sounding programmed drums. Luckily, since that album, each release has consistently improved and the three years it's been since this project released anything have really showed. The production is more polished, the drums sound a lot more natural (for programmed drums that is) and guitar work is a lot less all over the place. Even the vocals have improved, which is a hard thing to say for a vocalist who's primary method of vocalizing is screaming.
All the is admirable and definitely an improvement but I have to say that for as much as I actually enjoyed this album, it was not particularly memorable. Each track is definitely it's own little morose painting in a sense. You look at it, and when you walk away you might remember certain details but not the entire portrait. I'm certainly not above saying that for all the improvements there aren't faults still to be had, but I will say that that's about as far as my qualms with this album go. For a "post-black metal" record, this is surprisingly dark and menacing. There are plenty of calming clean guitar parts on here, but even then the mood never really shifts towards something brighter - as many bands would have done; and have done before. There seems to be a focus on making this a record where the tone is meant to keep the listener down and not give the impression of hope, although I would imagine that some of the guitar melodies on this record, if played in a different context could actually be rather upbeat. But the way they are used on here, they come across as rather depressive and dissonant at times. It's an odd little bug because for all the bands who are in this style, very few have dared to take their songs into areas where they could alienate their listeners with through the use of dissonance. I admire the sense to use it because it is different, and it actually works as a way to make the melancholy feel all the more oppressive. Take that all you DSBM bands out there!
So yeah, like I said above, I enjoyed this album, I just wish I could remember more of it after the album finished. With the improvement that has been shown on each release up to this point, I am actually excited to hear what the next release will sound like from Asofy. I don't think fans of this style of black metal will be at all disappointed with this album, even if it is darker than your typical fair.
Overall Score: 8
Highlights: Saturazione, Oscurità
Posted by maskofgojira at 3:17 PM