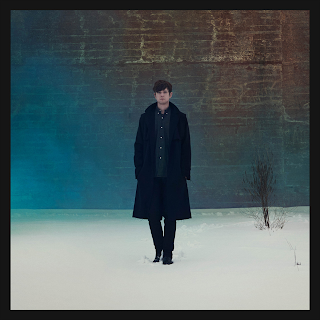 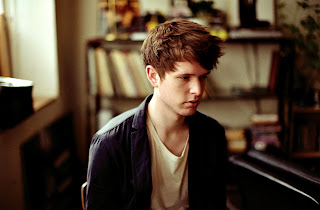 Screw it, I reviewed James Blake's first album when it came out a few years ago and I was going to review this one as well. If only for some much needed diversity and my sanity, I do need to cover something that isn't related to the metal genres (or extreme music in general) once in a while. I might be a bit late when it comes to reviewing this one, but maybe if you're even interested in this sort of stuff you'll continue reading.
Ever since I heard Blake's cover of Feist's Limit to Your Love from his last full-length I've been a fan of his voice. I think his fragile and soulful voice is just really captivating over the sort of music he chooses to sing over. Now, I was really not a fan of that collaboration he did with Bon Iver which sounded really, really bad and didn't suit what either artist was doing in my opinion. But I definitely wanted to give this new album a listen and see if Blake would continue in the path of that EP he put out or if it would be a bit more like his full-length. Frankly, the result is a little bit of both, but Blake did not succumb to using that terrible auto-tune like he used on that EP track. Instead, what the result is an interesting blend of the more ambient dubstep (barely) that he had on his full-length and the more R&B vibes he begin to really showcase on the aforementioned Enough Thunder EP. Now I've never been particularly fond of R&B music but if that's what people are calling this album (and they are calling it that) than I guess it must have at least a little bit of that influence in it.
I guess all I can say is that this album definitely did something different than what I expected. The beats are a lot more punchy and Blake's voice feels a lot more confident than on his full-length, and the former is something that could have gone either way with me, but I think that for the most part it works. The album really starts off very strong with the likes of the title-track and Life Round Here really bringing together the R&B and ambient ideas together to produce some very strong and catchy results. But probably the biggest surprise to me was how much I wound up enjoying Take A Fall For Me. I was well aware that RZA was featured on this album before listening to it, and once again, I'm not a huge hip-hop fan (though I am certainly not opposed to the genre in anyway and do enjoy it from time to time), but I just thought he killed that song. While Blake pretty much provides a looped vocal take (as well as the instrumental) RZA really brought life into that song in a way I never expected and it wound up being one of the best tracks on the entire album. The first half of the album is actually really well done to be honest. The second half certainly has it's merits but I didn't find myself as drawn to most of those songs as often. Though, I would say the exception would be Digital Lion which featured a guest appearance from Brian Eno - which really shows in the ambiance the track demonstrates.
I know that most people don't come to this blog to read and find out about music like this but hey, it's here if you're interested in it. Hopefully there are at least a couple people who will check this album out because of this review though. So, if you're in the market for something a little different or you already happen to like music like this than definitely listen to this and hopefully you'll give me some feedback as to whether you liked it or not.
Overall Score: 8
Highlights: Overgrown, Take A Fall For Me, Digital Lion
Posted by maskofgojira at 10:28 AM