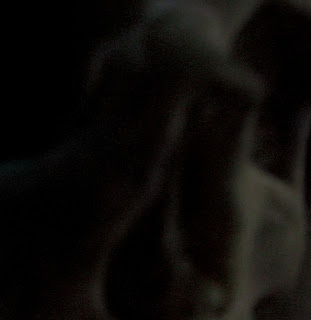 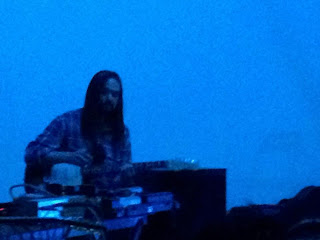 Last year, William Fowler Collins made quite a little impact on me with his two releases (and I do mean that in a good way). Handmade Birds has been advertising (in a sense) about this album pretty much ever since I found out about them and only now has this finally come out. While Collins is very skilled, will this top either of his two releases from last year?
Let me just get it out of the way first, this is not an album you would want to listen to while doing other things. I have a lot of free time in-between (and in some cases during) classes at school, so I'd often play this album whilst either doing homework or other projects. However when I was doing that it literally made it seem as though this album just had a lot of open space with nothing happening. Maybe it was the hum of a computer or the hustle and bustle of other people around me, but there are some low end drones on here that I completely missed during those initial listens. It wasn't until recently that I actually sat down and listen to this album that I heard all those drones, which was actually a relief because I would have been quite irritated if there had been as much empty space on this album as I had presumed it had. Now that I'm aware that they're there, it's sort of hard to remember what I actually thought about the album during those initial first listens through. It wasn't as if I thought the album was just an hour of silence though, as some of the more "obvious" drones were audible to me during those times.
As I've come to find from listening to Collins' past work, his albums are very somber and quiet, so I don't blame it entirely on my listening environment for me missing a lot of what the album was saying. The soundscapes he carves are not loud and cacophonous which may have been what I was sort of expecting and led me to false assumptions about the album in question. Like his previous work however, Collins does leave his listeners in the dark most of the time, weaving dark storms of distortion and loops into portraits of desolation. In a way it's almost like watching a really good horror movie, not the ones with a big, bad monster or the grotesque torture-porn kind, but more like the psychological ones. Films like Pascal Laugier's Martyrs or Takashi Shimizu's Ju-On: The Grudge, the ones that just stay with you after you watch them. This is similar in the respect that it's just dark and I'd say angry. Though it's more like repressed anger because there really isn't a release until the closing moments on Devil, but it's like it's just seething and almost rabid but it is being repressed for as long as possible. I'd also say melancholic in some ways, though I hesitate to use the actual word melancholia because I'm aware that I do use that term a lot and it isn't quite appropriate here - though I could definitely see someone finding that in here.
What perhaps caught my attention the most was the subtle hints of black metal I got from tracks like Tapeta Lucida. It's an epic piece that is probably the most grabbing due to those bouts of distortion that weave their way into the otherwise ambient based soundscape. While other pieces on here are definitely dark, and as I said above quite desolate in the imagines they portray, this one in particular just filled me with this sense of hopelessness. It is, without a doubt, a track that perfectly portrays destitution and hatred, more so than plenty of black and doom metal bands who may be sonically heavier and denser, but don't seem to channel that seething rage that this track appears to have.
It truly is one of the darkest records to come out this year, and if that interests you, I highly recommend it. However, I don't know if I could recommend it to a metal or rock audience because of how ambient it is. Regardless, I highly recommend this to anyone looking for a dark and highly cerebral album. Make your Halloween a darker one with this record.
Overall Score: 9
Highlights: Tapeta Lucida, Devil
Posted by maskofgojira at 6:40 PM