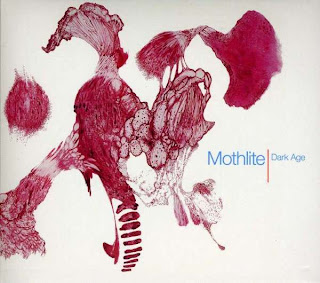 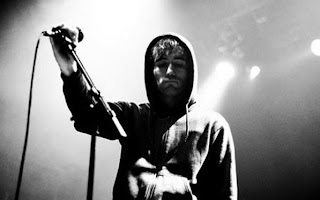 I, as most people with some sort of taste, am a fan of Ulver, and as a result of new people entering into the group's fold, became aware of Daniel O'Sullivan. Looking into his background, I actually found a wealth of interesting material. This album comes four years after the project's debut and comes as a bit of a genre switch.
Obviously anyone familiar with O'Sullivan's background will know that this is not his first foray into pop music. Having co-written songs with The Big Pink and released an EP with Steve Moore of Zombi in the form of the synth-pop Miracle last year, he's obviously quite comfortable writing in the format. It's also been well documented that both he and Ulver's Garm wished to record pop albums as well, I guess he just thought Mothlite was the right project to experiment under that format with. In that regard, one could very easily say that this is far from being a regular pop record, with stuttering electronics, big spaces of ambiance, and weird vocal harmonies, it isn't exactly your typical Katy Perry or Lady Gaga pop. It might just be me, but the comparison that popped into my head whilst listening to this album was Animal Collective. Both the weird choices for electronics and O'Sullivan's vocals did remind me quite a bit of that group's melodic tendencies, though this album is nowhere near as textured as theirs is. While the Animal Collective was the group that popped into my head as a big comparison for this record, other groups that came to mind were The Talking Heads, Talk Talk, and Portishead just to name a few that I noticed throughout. But these are actually very simplistically written songs, they rely on the beat to carry them from start to finish while O'Sullivan croons over them to provide the main source of melody for a given track.
This is quite far from the direction present on Mothlite's previous album, 2008's The Flax of Reverie, which happened to draw more from the worlds of post-rock and chamber music, instead of electronic, indie, and pop music. It's not exactly the easiest transition to jump from, and from some of the reactions I've read from others, it hasn't exactly been received the best, and that is quite understandable. This is not as consistent of a record as their debut was, featuring tracks that rely on the vocal and beat to get stuck inside of your head in order to provide a hook, which is a difficult thing to do for someone who works in experimental music and decides to limit themselves to the constraints of the pop format. In some way I guess this could be seen as the direction O'Sullivan might have taken Ulver with had Garm and the others in the group not constrained his talents. I am not saying that this is a self-indulgent record, but the balance between pop and experimental can be very thin as well as broad depending on how it's being used, and on here the line tends to fall more on the latter rather than the former more often than not. The biggest offender is, in my opinion, Dreamsinter Nightspore which is almost a complete flop of a track by managing to accomplish almost nothing in its five minute running time meanwhile songs like absolutely fantastic Something In The Sky and the morose ambiance of Milk fall more on the pop side of the spectrum, delivering huge hooks in short spaces of time while still being quite intriguing to listen to.
The album is hit-and-miss, and I do wish I enjoyed it more. There are definitely a handful of tracks on here that are really worth hearing, but then there are others that just sort of fiddle around with an idea and don't really do much else. If you happen to enjoy more experimental pop and electronic acts like the ones I mentioned above, I'd say to give this a shot, or at least go for the tracks highlighted below.
Overall Score: 7
Highlights: Something In The Sky, The Underneath, Red Rook
Posted by maskofgojira at 12:42 PM