Since I first heard last year's stellar The Cruel Side EP (which wound up in my top 10 EPs of the year) I have been a fan of The Ash Eaters. Forming from the remains of Brown Jenkins and expanding upon the black metal side of that project and into the more raw and dissonant one expressed on that EP. I was sent this first EP a couple of months ago but found the album rather quickly after that, so I just figured I'd cover them both. As per usual, EP reviewed from 1-8, album from 1-10. 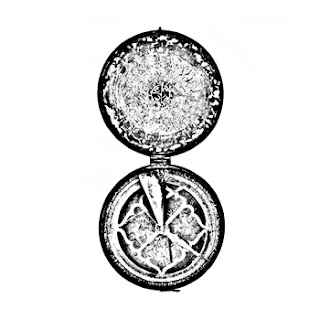 I think this project is great. I know that they've only been releasing material for about two years at this point, but I think that this duo does have a sound that is quite unique.When it comes to releases, this is easily the shortest for The Ash Eaters thus far.
With only two songs that clock in at around thirteen minutes, what you get with this EP is quick and snappy. Sonically, it really doesn't stray from the sounds that the band explored on their last two releases, though it does put them into shorter pieces, which in tern actually makes some parts seem even more strange. Both tracks are slightly more frenetic than other songs put out by the band, which sort of makes it feel almost mathcore-esque at times, like Deathspell Omega trying to play with The Dillinger Escape Plan in some ways. Though in some ways I guess both tracks do balance each other out, because He Who Engenders An Evil Deed is frenetic and chaotic to the point of disorientation, These Are The Inhabitants of The Fire is a bit slower and melodic. Though it becomes ever more amorphous as the track progresses it's quite intense but even more atmospheric than it's predecessor.
Overall Score: 7
Highlights: He Who Engenders An Evil Deed 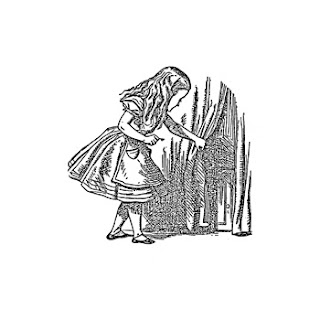 By comparison, this full-length is far more direct and complete sounding. There's less of a spastic quality to it and is actually much more melodic. There were a couple of parts on here that actually made me think of Krallice, though I'd still say the closer comparisons the band makes are with recent material by Deathspell Omega or in some ways, Blut Aus Nord. The riffs are quite fast at times and sort of jump from one melodic idea to the next without any transition in between them, and that can be a bit jarring (as most of this band's material). In relation to the entire album though, I did find that even though it was actually quite short, maybe I had just grown accustomed to the sound or something, but to me it did feel like a few ideas were repeated on here. I don't mean like I'm hearing the same riff in two different songs, but more like I'll hear a part in one song and I'll hear a part in the very next song which is very similar to it. In my opinion, it's less of a problem with diversity as it is with the production on here. While it's by no means bad, it is very much the same sound of all three EPs that came before this full-length, so it's super raw and noisy sounding and even though the material on here is more melodic it kind of feels like just another batch of recordings from the group instead of like a fully realized vision, if you know what I mean. With all that being said, I do think that this album has some of the most adventurous material the band has released yet. Give In to Madness has some sections which slow down to a point before speeding back up, personally, I would have loved to have heard even more of that moments where the band slowed down and went for more of an atmospheric break instead of being constantly abrasive and in-your-face. I'd also make a point for Little Lost Girls being the most cohesive piece the band has ever written. It's very fluid sounding, no sharp turns or abrupt shifts in tone or riffing style, and it really works.
Aside from my, probably, overextended complaint, I still thought this was a great album. It's short and it gets its point across rather quickly and in an interesting way. I'd love to see the band experiment more with space and the dichotomy between melody and dissonance even more in the future, but for now, I can only recommend this to you if you're a fan of super noisy and raw sounding experimental black metal.
Overall Score: 8.5
Highlights: Little Lost Girls, Ruining You
Posted by maskofgojira at 2:30 AM