Yep, here's part two. More post-rock for your enjoyment. All of these albums are reviewed from 1-10. 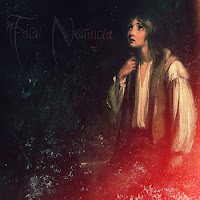 Ok, now this has to be one of the most undecided albums I've heard all year. Stylistically, whoever created this project either wanted to create a wide field for themselves to work in and expand upon in the future, or just had no idea where to take this album/had a bunch of random songs and put them all onto this album. Personally, I think it leans more towards the latter, but hey, that's just me. The album starts off well enough with an elongated piano and drum led piece, Hero of Twilight, which is actually quite well done and continues a similar theme with Icarus Soaring Above The Clouds before taking a nosedive into more ambient based territory. Now, I have no problem with ambient music, I've reviewed and given decent/good scores to plenty of ambient albums, but if you're going to do ambient, why still include the drum set? I guess my thing is, if you're going to do an ambient track, don't half ass it and try and make it sound cool and different by having a drum play along with it. But possibly the most out of place track on this entire disc is the title-track which delves into minimalistic blackgaze territory. Why is that on here? It doesn't work at all with the three tracks that came before it. It isn't at all interesting compositionally. The vocals and guitar work are rather poor to be blunt about it. If this was a straight up synth and drum led album, I think it could have worked, but this project just feels too confused over what it actually wants to be for now. On the plus side though, I really like the cover. I'm probably getting a bit too worked up over this album, but I'll leave it up to whoever listens to this to make up their mind whether they think it works or not.
Overall Score: 6.5
Highlights: Hero of Twilight, Icarus Soaring Above The Clouds 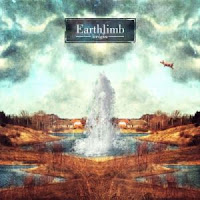 This album came as a surprise to me because I found out that it's made up of members who used to play in Fear My Thoughts, a great melo-death band that split up a couple of years back. But it was the fact that another band to form from the ashes of FMT broke up was Pigeon Toe and they put out their debut full-length a couple of months ago. Having said that, I'll focus on Earthlimb, who take that more moody prog element that FMT used on their last album and expand upon it by mixing it with more post-rock and alternative influences. It's an intriguing little album that kind of veers away from the norm and tries some pretty weird ideas into these songs. I can't say all of them work, but they always caught my attention. What's weird is that the prog elements in here sort of recall a sort of neo-prog kind of sound, especially the keyboard sounds, hear The Red Tide, but the record feels modern, and the use of electronic effects here and there only reinforce that idea, Oceans of Astate. In a way, it's sort of Porcupine Tree kind of style, but not as honed and precise (in terms of production) as they are. I sort of felt like the record was being pulled in two directions at times. I'm not saying that either side is badly done, but I did feel like they could be blended better in order to craft a more original sound. As it stands now, it's a pretty damn solid record with several well written songs. If you're looking for something a little bit different I'd say to check this out, maybe Pigeon Toe as well.
Overall Score: 8
Highlights: Hiding, The Red Tide, Virtues 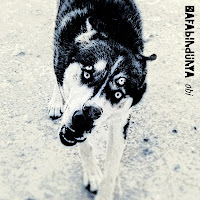 I have to say that when I pressed play on this album, what I wound up hearing was pretty interesting. I had never heard of these guys before but they know how to write some pretty varied and entertaining songs. I say it's varied because opener Anger Circus might have you believe that this album will wind up leaning on the heavier side of the post-rock, almost metal, side of things, but the album then expands into more traditional post-rock ideas ala Mogwai or Explosions In The Sky on Binlerce Özür as well as more psychedelic indie ideas as well, İlk Buluşma, and those are just the first three tracks. Personally, I think a track like Moongazing is just great; it has a melody that puts many bands on these lists to shame quite frankly. Honestly, the only complaint I have with this album is with the closer, Yapılabilecek Bir Şey Yoktu, which is one of those stupid extended tracks that is actually like nine minutes long but is then stretched out for about seven extra minutes with useless sample only to "surprise" you with a bonus track. As you can probably tell, I'm not a fan of that idea. I think that this is one of the stronger post-rock based albums to come out this year quite frankly. The melodies are all very well done and none of the songs feel forced or dragged out, but there's still a wide spectrum of ground covered on it.
Overall Score: 9
Highlights: İlk Buluşma, Moongazing, Wake Up to A Brand New Day 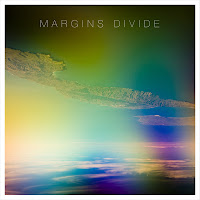 Depending on what you're looking for in a post-rock album, this could very well be something different for you. Sure, it's full of your standard uplifting climaxes and ambient textures, but Margins decided to take a decidedly more accessible, and at least to me, funky approach toward their songwriting. Well, maybe funky wasn't the right stylistic influence, but to me that was my interpretation of what I guess comes more from krautrock or even some dance music. I really dug how songs kept the groove of a song very high on their priority list, no matter how plodding (and I mean that in a good way) or slow a song might be, hear Ice Station for example, or how upbeat and "poppy" it is, listen to Man Versus Nature, you've always got something to bob your head or foot along with. Songs also vary in length as well, which does wonders for the variety on here, you have longer tracks that build and go through changes while shorter ones are just that, very immediate and easily digestible. Having said that, this album doesn't really have the huge epicness that a majority of even average post-rock groups have. I'd assume that it was more of a focus on groove and songwriting than epic builds and climaxes. I won't say it's a fault, but it's the sort of thing that might not appeal to some people. It's not going to be for everyone, but for those who enjoy a nice and groove based album I think this might be of some interest to you.
Overall Score: 7.5
Highlights: Gulag, Man Versus Nature, Transmission Blues 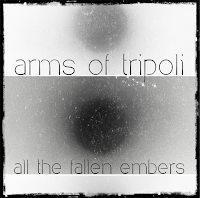 If you're looking for some no-nonsense, straight-up post-rock, this is the album for you. There really isn't a whole lot that is out of the ordinary about this group, but what I can say for them is that they do this style well. I thought the choice of synth on several tracks was pretty interesting and unique. It's a pretty chilled out album, none of the climaxes are epic and giant sounding, and it tends to keep things on a down to earth sort of level. It's the sort of album I'd imagine putting on after a long, hard day and just settling down back home. It's relaxing, and that's about the best thing I could say about it. This is not an album that I anticipate a lot of people being blown away by, but if you like the style, I don't see any reason not to check this out.
Overall Score: 6.5
Highlights: City Speak, Cliff Dwellings 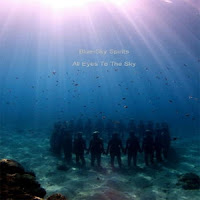 Depending on how you look and listen to it, the term "post-rock" can actually be broken up into bands that are more rocking and bands that are more post(?). If the latter didn't make you seethingly angry at the mere mention of it, because it is kind of bs on my part, let me explain further on what I mean. Blue-Sky Spirits are a duo who create what they call "chillout rock" and thus, the post comes into play. This is an album the is not explosive or rocking in much of any way, at least to me, and is instead very chill, relaxed, and calming, sounding closer to jazz than rock in several spots, and I don't mean that as a criticism. It's not an album focused on a lot of gain or distortion. Yes, it is there on a track like The Sun Will Rise Again for instance, but that's only after you get through the first two tracks which are laxed and subdued when put lightly. It's not the sort of record I'd recommend putting on when you're trying to do something, not that it's boring, but it's more chillout music than activity music. So, if you want to chill out, check this out.
Overall Score: 6.5
Highlights: The Sun Will Rise Again, Awakening
Posted by maskofgojira at 4:15 PM