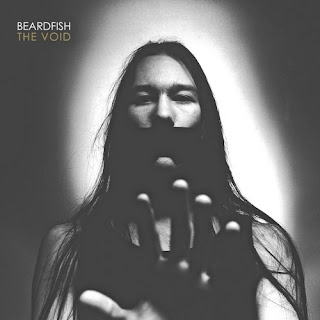 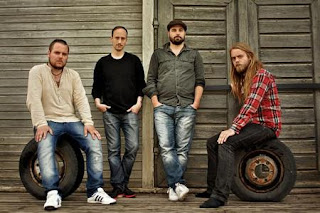 There are obviously hundreds of retro bands trying their hand at 70's psychedelia and prog-rock but Beardfish always stuck out to me. They may not have had the most original of sounds but they knew the style, and they did it well. So I was rather taken aback by this album when I first started reading things about it and wasn't quite sure what to make of it.
As I'm sure I've made clear in past reviews, I really love progressive music, and I am a fan of 60s and 70s prog-rock, so saying that I have been a fan of Beardfish shouldn't come as some sort of surprise to anyone. But putting on this album after reading that this was the band's most metal influenced record, I couldn't help but feel some sort of apprehension towards what I was hearing. I've always enjoyed Beardfish because they had that very quirky, almost laughable sense of stringing certain melodies together into sections that were just fun and interesting, but the first few tracks on this album didn't give me any sense of that. Yes, they were definitely some of the heaviest material has written, but they didn't have that sense of fun that I liked about the band. That's not even saying they abandoned that progressive sound, because there are several riffs that come from that side of their influences, but the first handful of tracks just didn't do anything for me. There were some metal influences on last year's Mammoth album, but that album was still very much in line with what the group had been doing for years. I'm a metal guy, I really love the stuff (obviously), but this just did nothing for me. I listen to Beardfish because I want to hear quirky, fun, and somewhat lighthearted prog-rock, not some kind-of serious metal mixed with prog-rock.
It isn't until track five, This Matter of Mine, that something managed to grab ahold of me. I guess I should make it clear that even though this is by far the band's most metal influenced record, it is still a record that draws from prog-rock, classic rock, blues, and jazz fusion to name a few - but those are the moments and tracks that I would much rather hear. I'd much rather hear the band rip-off Zappa than rip-off Sabbath. Luckily, from pretty much that point on the album does improve in both songwriting and interest, with much more fun melodies popping up and destroying the whole serious mode that the album had been in for the first few tracks, perfectly demonstrated in the instrumental Seventeen Again which has all the tropes that I love from the band all wrapped up in a nice seven and a half minute package. But for all of what this album is and isn't the biggest shock came in the form of Ludvig & Sverker, a song that sounds like it could have come out of some rock opera or musical theater production. Despite my aversion to musicals, it is arguably the best track on this entire album because it musically captures everything that the lyrics are describing. I don't talk about lyrics too much in my reviews but this is one of the few cases where they are married to the music to near perfection.
It's a decent album, but far from being my favorite from the band. I miss the embrace of humor and fun in their music, this album just felt a little too unremarkable for my tastes. Nevertheless, I'd still suggest at least going back and listening to their back catalog if this one doesn't catch your fancy.
Overall Score: 7.5
Highlights: This Matter of Mine, Seventeen Again, Ludvig & Sverker
Posted by maskofgojira at 6:17 AM