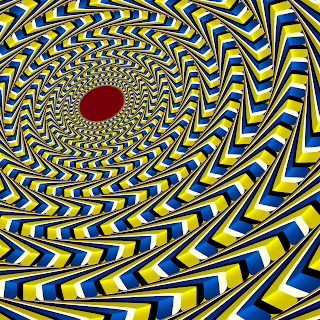 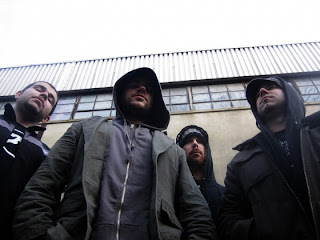 Several years ago when I got a new computer, I was delving quite heavily into the tech metal genre. That's where I found djent groups like Periphery and Vildhjarta, fusion metal bands like Spiral Architect, Twisted Into Form, and Linear Sphere, and more spastic math groups like Car Bomb. I reviewed Car Bomb's 2007 album Centralia back when I was first getting started with reviews (I'm sure you find it if you look back far enough) and how surprised was I when I saw this new album was released something like a week or so ago.
I'm not sure what changed in the five years between records, but Car Bomb has really altered their sound. Centralia was a record that was full of spastic, uber technical playing that was all over the place. It was extremely jarring record when I first listened to it, though I did eventually come to enjoy it, but this record is much more groove based. Yes, there are still freak-out moments of dissonant guitar riffs and crazy slides, but like I say in the genre header above, this recalls ideas that many djent groups are working with. It's weird because whenever I thought about Car Bomb, I always assumed they'd keep doing the really weird ideas of The Dillinger Escape Plan doing tech-death, but this takes more ideas from Meshuggah than Cryptopsy (who I only mention because I know the band really likes them). I'm not saying the band do this style badly, but it's the sort of change that I wasn't expecting and didn't really want to be rather blunt about it. When I listen to Car Bomb I want to hear insanely crazy and brutal metal not groovy, somewhat technical metal. It feels like the band is simply jumping onto the hype train and trying to get some exposure by putting out a djenty record. It doesn't feel like a natural progression from the last record is what I'm trying to say.
With that being said, I'm not going to pretend like there weren't things on here that I didn't like. I thought that the more melodic and straightforward ideas on Lower The Blade was really well done and the chorus was actually pretty catchy. Michael Dafferner's clean singing has a Mike Patton sort of quality to it, and as a MP fanboy, anyone who has a similar style to him wins points in my book. I almost wish that clean vocals were used more on this record because aside from the song I just mentioned, they are used pretty sparingly throughout, popping up only every now and then. Another track worthy of note is Third Revelation which features Gojira's Joseph Duplantier performing some guest vocals on it, though that's not what makes it worth paying attention to. This track is one of the few moments where it feels more like a natural fusion of the spastic technicality of Centralia and the more rhythmic ideas of this album. I also thought that the short acoustic break in Magic Bullet was a nice addition to the song in question. But aside from those tracks and a couple of others, I can't really say I was all that impressed with the album, unfortunately. I read a comment where someone described this album as Car Bomb's Miss Machine, and I both agree with that statement and disagree with it. I think the statement is correct because this album does have the band trying out a few new flavors, but I disagree with it only because I thought that Miss Machine had several songs on it that I really enjoyed and come back to, this album has very few of those.
It's a decent album, but I kind of wish that the band had a few more references to their previous sound on here. It just feels too much like an unnatural shift to me, if you feel differently good for you, but I couldn't get past that aspect. If you like technical metal, djent, or even groove metal, I think you'll probably find something on here that you'll enjoy, but I'd recommend Centralia over this any day.
Overall Score: 6.5
Highlights: Lower The Blade, Third Revelation, This Will Do The Job
Posted by maskofgojira at 10:01 PM