I've had a couple of these singles lying around my files for a little while so I figured I'd just put them together and give whoever's reading this a nice dose of some cool metal in short doses. All reviewed from 1-8. 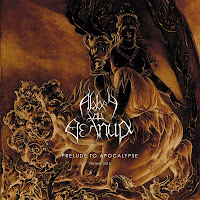 Last year, Abbey Ov Thelema released their debut full-length, A Fragment Ov The Great Work, which was a great piece of experimental and avant-garde black metal that truly had a unique face. While I did think that that album was very good, I did think that there were some ideas that just didn't work, this new track sees the group pushing their sound even further into the realms of the experimental. It's like someone started playing a Solefald and a mid-period Cradle of Filth album at the same time while on crack. It's great, a really fun listen. You get bursts of symphonic ideas that clash with the more technical guitar work and vocals that, honestly, range from being well done to being somewhat laughable. In addition to that there are also several moments which delve into straight-up ambient or orchestral music, which is a nice touch since the song is rather long. There are also some really well executed nods to Mr. Bungle, which I am always happy to hear from a band. It's a really good track and I hope that if you like experimental metal you check this out cause you will not be disappointed.
Overall Score: 7.5
Highlights: MMXII - Here & Now - At The Threshold Ov End Times 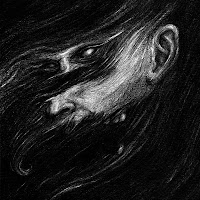 For those who have been paying attention, Venowl has been on quite a roll this year, what with releasing their first full-length, Patterns of Failure, earlier this year and releasing a track on the recent HMB split with Horseback, Njiqahdda, and Cara Neir, this is just the most recent piece to be put out. I'll start with the title-track first, which is the most black metal I've heard Venowl in some time. It's still raw and chaotic as all hell, but it's much more direct than their longer excursions. Personally, I think this is one of the best things that Venowl has ever released because it is so apparent and unpretentious in its length, it gets its point across and moves on without lingering too much. The second track is a remix done by Iron Forest. If nothing else can be said about it, it's that it's a unique take on what the original was. Transforming raw and tense black metal into a synthesized semi-industrial track is something that has to be commended. If you're a fan, this is a must, if not it's a great way to get introduced to the group.
Overall Score: 7.5
Highlights: No Honour 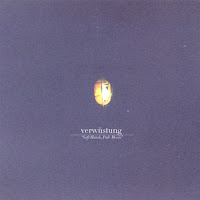 Earlier this year Verwüstung released a pretty solid album in the form of I First Saw You On That Snowy Night and Couldn't Shake An Overwhelming Feeling of Sadness which was an interesting fusion of blackgaze and drone, that is continued, to an extent, on this track. Honestly, for the twenty minutes that this track went on, I was very amused by it. I kept thinking that this actually surpassed quite a lot of the material that was actually on the aforementioned album and some previous releases (both under this name and Airs). The melodies were slow and climatic while the droning feedback never proved to be annoying or grating on me. Sure, it is sort of a streamlined version of what was on the album, but I found the post-rock bits more memorable, the black metal parts more intense, and the droning parts more interesting than on almost any other track released by this project.
Overall Score: 7.5
Highlights: Soft Hands, Pale Moon 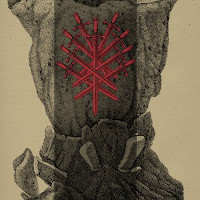 In the wake of so many bands moving into the realms of navelgazing or so-called progressive territory, it's great to hear a group that demonstrates so much promise on a single track. The band appear to channel elements of more traditional black metal while filtering it through almost sludge like heaviness and more post-rock-esque escalations and melodies. It's a pretty interesting combination of ideas that does work for the purposes of the track, though it does make me curious what direction the band will ultimately choose to move down with future tracks. While I didn't think that the vocals were the greatest, they never proved to distract me from the music backing them. It's not without flaws, but it's a very promising start for a young band.
Overall Score: 7
Highlights: Heist
Posted by maskofgojira at 7:10 AM