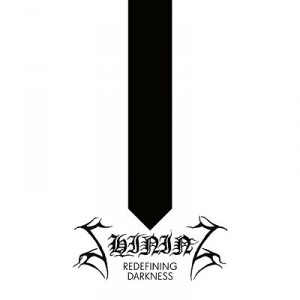 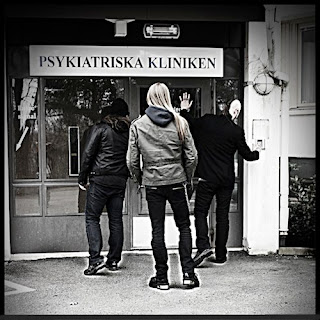 Let's make this clear, I think Niklas Kvarforth is a pompous asshole. I have not met the man in person, but from what I've seen of him in interviews, he's a guy who likes to stir up controversy, and not in an admirable way. Having said that, I think that he actually can write great music.
I'm not sure whether to take what Kvarforth says seriously anymore, he's really turning into the black metal version of Lars von Trier - in that you can't take anything he says seriously. He's been saying for a while that last year's VII: Född Förlorare was one of the band's softer and more progressive outings and that this album would be a strong return to black metal for the group. From recent tours with the likes of Watain and recent videos of him proclaiming his love for the darkness and how he would like to spread the word of his dark majesty to the world over, I was willing to take it at face value and assume that this was going to be a really aggressive black metal record. I'm willing to look past Kvarforth's shift from proclaiming violence and suicide to proclaiming the dark word of Satan, but it just struck me as odd while listening to this that this may be the band's most "traditionally" black metal, but it's actually probably their most progressive work to date. Plus, this is the first release with Shining where he's used English lyrics, something I figured he wouldn't do until he decided to sell out and make a pop album (or at least until that Christmas album he's promising to do).
I do think that this is actually an improvement over their last album in terms of production. The drums have a much more natural sound on here and don't sound overproduced like they did on their last full-length. While opener Du, Mitt Konstverk is probably the most traditionally black metal track that the band has ever released, other songs return to the more melancholic progressive style they've been playing with over the course of the last couple of albums. In fact, with the exception of the opener, one could easily claim that this is the band's most accessible material to date, which may indeed be the purpose, as well as their most varied. The use of saxophone on The Ghastly Silence, the Ved Buens Ende influenced sections on Hail Darkness Hail - co-written by Vicotnik no less, and the traditional metal harmonized guitar outro of For The God Below all come as new ideas for the band but are far from making this seem more black. I'll certainly give Kvarforth by saying that the majority of riffs on this album do appear to have come from a more black metal mindframe, as in more tremolo picked sections than ever before in comparison to more recent material. It feels like a less riff based album and more like an embrace of just letting ideas roam wherever they may - if that makes any sense. Even if this is the band's most black record to date, it's also their weirdest and least traditional (beyond the opener) as well.
Like I said above, I can't take anything Kvarforth says too seriously but his musical output is getting more and more interesting with every record, this one being no exception. If this is the band at their blackest (for now), I'm certainly interested in hearing where they go next. This will definitely appeal to current fans of the band and maybe if you're into some weirder stuff as well you might find something on here appealing.
Overall Score: 9
Highlights: Hail Darkness Hail, For The God Below
Posted by maskofgojira at 9:49 PM