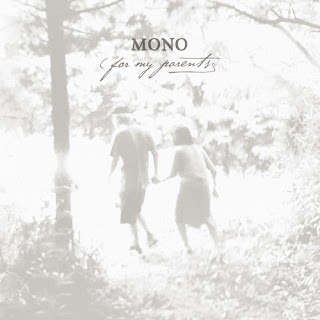 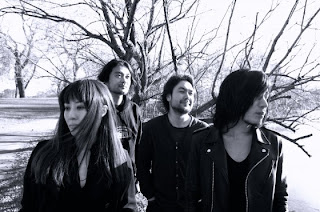 In the world of post-rock, I think that you'd be hard pressed to find a band that is as respected and well liked as Mono (other than GY!BM). I actually found Mono much more accessible than GY!BM back when I was first getting into the genre and so I obviously liked them first. Plus, they're from Japan, and music from Japan is usually interesting at the very least, and Mono is no exception.
I think Mono are a great band. They've really carved out a sound for themselves which is very emotionally engaging, unique to themselves, and yet still very accessible to the everyday person. Though they've moved away from the straight-up post-rock sound that they first started with and have evolved into some far more grandiose and lush through the incorporation of a live orchestra, they've always maintained that huge melancholy that is so heartbreaking in their melodies. I remember the first time I saw the tag "chamber music" attached to them I was a little surprised but after a minute I did actually think that it worked. Since they brought in a pit orchestra on 2009's Hymn to The Immortal Wind they've changed into something a lot more cinematic and powerful sounding but have retained that emotional quality that makes it feel so personal and intimate. I think that's the key to what's kept them so readily appealing to so many people despite not being quite so "hip" as a group like Explosions In The Sky or something like that.
I have to say that even though I really liked and enjoyed Hymn to The Immortal Wind, I do think that this album tops it. It feels more refined and focused. There aren't as many shorter breaks that act as interludes on here, just five straight songs and I think that works better. The songs are just so powerful and breaking them up has worked for other albums, I think it was a good choice to just let each one stand up on their own without giving the listener any time to breathe in between. It gives off a very calming sense of sadness and melancholy that might not have been so powerful if you had those two or three minute interludes on here. To return to the use of the orchestra for a moment though, I've read a couple of reviews and comments where people have said that this is less of a "rock" album and feels more like a score, so they didn't feel as involved when listening to it. That is a very valid point and criticism of this album, if you are looking for more of a "rock" listen, I'd say go back and listen to the band's early albums because this isn't rocking in the slightest. It could certainly work as a score, and there were a few points that did remind me of Icelandic pianist/composer Ólafur Arnalds' recent material, especially on album centerpiece Dream Odyssey. So even though I have no problem with the fact that this is less rock and more chamber (I hope that makes sense), I could certainly see that not being the case with others.
I think this is a great piece of work and the band's crowning achievement thus far. For me, Mono is a group that just seems to get better with every album they put out and this is certainly one of the best albums I've heard all year. For post-rock fans, this is a must, but I'd strongly recommend it to anyone looking for some deeply emotional and atmospheric music as well. Do not pass this album by.
Overall Score: 9
Highlights: Nostalgia, Unseen Harbor
Posted by maskofgojira at 1:49 PM