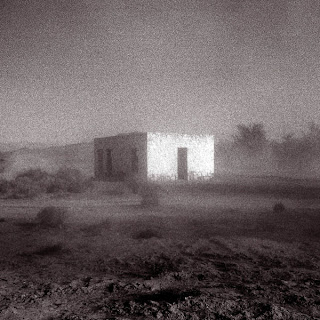 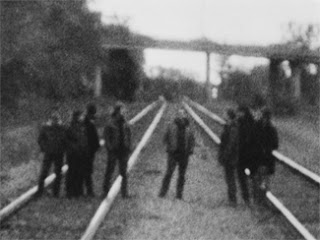 This one really came out of nowhere and has pretty much just blown up since people found out about it. Obviously the regard in which GY!BE is held in the music world is one which is quite hard to rival in modern bands of a similar style, as well as being the first new release in ten years, made for a perfect storm of hype. Even if this is somewhat old material, any new material from GY!BE is good.
Now, I think it's probably well known at this point that this is actually not technically new material from the band since these tracks have been around since back before the band originally separated and were going to be on the follow-up to Yanqui U.X.O but since that's only now just happened, these are fresh songs to at least most of us. I mean, even though this is old material for the band, to myself, it's new and quite a bit of the material on here is up there with some of my favorite songs the band have put out. Opener Mladic is quickly becoming one of my favorite tracks from the group. Starting off with a somber drone and quickly escalating into a super noisy climax that just screeches and moans with distortion and feedback, but it's awesome. I have always loved how so many post-rock groups have that very clean sound, maybe not polished but definitely very clean and presentable, and that's sort of become the norm, but GY!BE just has no interest in that and will freely dive into straight-up rock moments with no regard to it sounding presentable or accessible (after all, this is the band who makes albums full of twenty-plus minutes songs). This track features all the staples of the band's past material, perhaps a bit more noisy during some of those rock inflected parts, but the Arabian melody used is just totally engrossing. There was not a single point during that opening track that I ever felt bored or uninterested (and after all the post-rock I've actually listened to this year, I'll tell you there've been five minute long tracks that have lost me).
I wasn't overly crazy about the two drone tracks, Their Helicopters' Sing and Strung Like Lights At Thee Printemps Erable, but they were far from being bad. In fact the latter track is actually quite good, but when you stack either track up against the two giants that make up the majority of the album's running time, they just don't match up. As for that second giant, We Drift Like Worried Fire, it's less of a burst of raw energy and feels more in the mold of ideas the band have worked with in the past and have heard many other bands try their hand at. Granted, GY!BE still top the majority of those bands and add their own stamp to the equation, but it feels more comparable to your everyday post-rock track. It's not quite as aggressive or noisy, but perhaps more appealing to new fans because of it. I will say that the second half of the track struck me as being more powerful than the first due to the inclusion of the additional percussion and the heavier emphasis on the strings in during the build.
I sure it's no surprise that I think this is a great piece of work, like everyone else seems to think as well. I'd love to hear even more material from the band and can only hope that this reunion will lead to even more material being written and released. Anyway, if you haven't checked this out already, definitely do it, you don't want to miss out on this album.
Overall Score: 9
Highlights: Mladic, We Drift Like Worried Fire
Posted by maskofgojira at 9:39 AM